TU Incubator, Towson University’s business incubator, has been thoughtfully building an education technology focus the last 2+ years. Last week, in the midst of Baltimore Innovation Week, was a milestone in the way that we partner with outside organizations to add value to various stakeholders. We have been considering a relationship with a nationally renowned edtech accelerator so that we might add value to 1) companies in respective accelerator cohorts, 2) our TU Incubator company members, 3) companies throughout the Baltimore metro, and 4) prospective customers who seek out new and innovative solutions.

As evidenced by third party analyses, Dreamit is one of the United States’ top tech accelerators. Since its 2007 founding, Dreamit has continued to stay atop the rankings because the team and its investors listen and adapt to market trends and stakeholder needs. The decision to run vertical accelerator programs in education and health began a few years ago, has increased in fervor, and is well received by entrepreneurs. 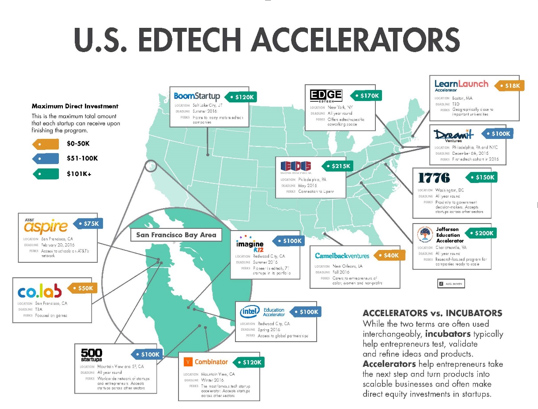 Two-thirds of the way through #BIW16, on perhaps the rainiest morning in September, eight emerging edtech teams showed up at Towson University and TU Incubator’s headquarters to pitch to a hand-picked audience of 30+ people who could engage, give feedback, prospectively pilot or purchase technological wares from an innovative, well honed set of emerging edtech companies serving K-12 and postsecondary education. As Dreamit posits, this was a customer immersion for their cohort; for the regional attendees, this was an innovation showcase. It’s all about positioning and timing, right? 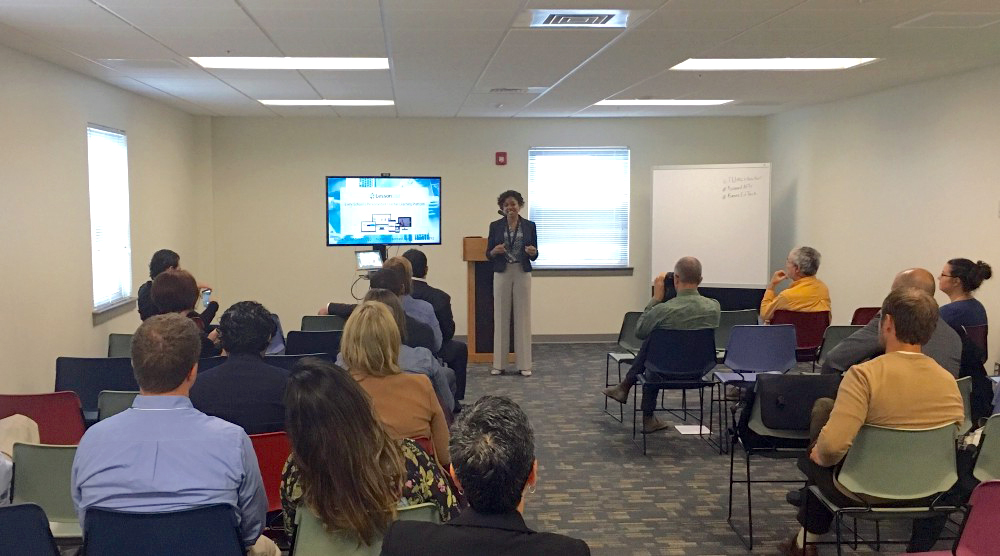 The event agenda included quick welcomes and introductions from the various facilitators and hosts, a series of quick pitches followed by open Q&A and approximately 90 minutes of more personalized and decentralized discussions. The format was focused, efficient, and informative. It is one of the newer programmatic attributes that Dreamit has unfurled, and it is receiving rave reviews from participants. Why? Demonstrable value.

In attendance, by typology, were one or more representatives from the following categories:

This event is wholly positioned for the companies, the entrepreneurs, and their prospective customers and end users. This Fall 2016 Dreamit cohort was a bit smaller than in the past and with companies that are farther along. There were six Dreamit cohort companies and two Dreamit alums, not so coincidentally also TU Incubator members. The pitches and Q&A were conducted and the mingling began. Anecdotally, each company stated there were two or more tangible follow-ups. Each stated the value of feedback from participants. Each mentioned the benefit of the event. Next stop for the cohort that day, Blackboard in Washington, DC.

“It was great to see such a robust turnout of enthusiastic school and district administrators at TU Incubator. Some are using PenPal Schools already and shared useful feedback, while others learned about us for the first time and appeared eager to get their students connected.”
— Joe Troyen, PenPal Schools