On the Map: 6 Questions with Kenny Miller | Engage TU

On the Map: 6 Questions with Kenny Miller

As I have been working in the GIS field for 10 years in Maryland, I have met some interesting, talented, intelligent, and motivating GIS colleagues along the way. Hopefully this blog series will share with you some exciting tidbits of information from each person who has touched my career in some way.

I first met Kenny Miller through early replication centerline efforts between the State, SHA, Esri and CGIS. I have to admit I was intimidated and somewhat frightened of Kenny’s experience and knowledge in the field, and of course his ability to charm. Then, as MD iMap began to grow to more than just a vision, I began to work with Kenny more directly and have learned quite a bit from him. He seemed to place a lot of confidence in my GIS ability, and without people like Kenny, I would not have grown as much as I did both technically and professionally over the past 5 years.

Tell me something fun about your job.
Achieving “Ah Ha” moments with customers, especially people in positions of influence policy-wise across state government. Seeing someone get excited about how GIS technology can solve problems, improve workflow and decision making. Watching their faces light up makes me happy and I enjoy the job.

What is one of your favorite hobbies?
I have always been an outdoors person – hiking, bicycling, canoe/kayak – but sailing, especially racing sailboats – that has always been my favorite.

Where are you from?
Born in Chincoteague, Virginia in what is now Wallops Island Flight Facility. My folks took me sailing before I was born on the Virginia portion of the Bay. I spent most of my childhood in Annapolis, Maryland.

1. What professional organizations are you active in?

2. How would you recommend others get involved in GIS?
Students might join a Geography or GIS club at school, attend a local GIS committee meeting, celebrate Geography Week and GIS Day, follow a GIS Blog or get involved in other social media outlets like LinkedIn or Facebook with like-minded people.

3. What resources would you recommend for learning about GIS?
I try to remember that simple is usually better than non-simple. Start with maps and data freely available on the web. Use a Google map and pin map your friend’s houses or where they go to school. Play the “where’s my house” game and explore places around you. Keep adding new data or exploring tools.

4. How did you get interested in the field of Geography/GIS?
Since I was a small boy I have always viewed my world according to where I was in relation to my surroundings. I was sailing the family dingy before I was 6 years old and navigating creeks and rivers along the Bay on family cruises. When I was 9 my new bedroom contained a wallpaper map that covered a wall 8 feet high and 12 feet long (it exists to this day). For at least 10 years I stared at the map of the world, dreaming of exploring exotic places as I drifted off to sleep. I knew that the continents fit together like puzzle pieces if I could move them long before I learned about continental drift. In retrospect, it’s no small surprise I majored in Geology while building a sailing program at Old Dominion University. My graduate degree was in Computer Science and that led me into a job opening in a fledgling GIS program within the Maryland Department of Natural Resources. I suppose I could claim that I’ve been studying spatial relationships my entire life.

5. Did/do you have a mentor? Who?
My parents taught me sailing and navigation and let me ride my bike all over Annapolis as a kid. My third grade teacher Mr. Richardson – he taught me the love of reading and asking “why”. My first Geology professor in college (Physical Geology class) which cemented my first career as a Geologist. Several leaders within the Maryland Department of Natural Resources who supported my efforts to grow GIS within both DNR and the state – they had the vision and belief that my efforts and those of my colleagues were (and still are) the future of how government can make better decisions that relate to the citizens it serves. Lastly Maryland’s Governor, Martin O’Malley, who listened to an idea I had and launched me into a role I had never anticipated – that of an appointed leader of GIS throughout Maryland. Their vision, guidance and faith in me have always been inspiring.

6. What is one piece of advice you would give to a newbie in the field?
People rarely are in a position to express clearly and concisely what they want from a map (paper, web map, mapping system). It’s not that they lack the ability to communicate, it’s just they generally have no knowledge of the possible or opportunity. Ask them questions. Lots of Ask questions. Understand what they are trying to solve. Speak their language and not GIS-speak. GIS is all visual – show them a map.

In case you missed the first installment of “On the Map,” check out my interview with Dr. Mike Scott. 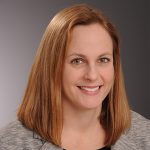