This blog series “Partnerships Across Campus” gives you — our partners, collaborators, and clients — an  inside perspective on how the professional outreach staff within TU’s applied research and outreach centers work and collaborate with Towson University faculty.

Many people on the Towson University campus may not know about The Division of Economic and Community Outreach (DECO). Dr. James Clements, who had been the former chair of the Department of Computer and Information Sciences and a good friend, was the founding vice president of DECO, so everyone in our department was at least familiar with what DECO does, and who the information technology people in DECO were. And maybe that’s the best way to start. I KNEW people in DECO, we had chatted a few times, we had familiarity with each other.

And then an opportunity for collaboration occurred. I had led a research project about accessible CAPTCHAs, which was about to wrap up towards the end of 2009, but I wanted to find a way to continue the work and take the work to a different level. CAPTCHAs are web-based security features, you know, those annoying pictures of distorted text that you often must fill out before you complete a web-based application or form. Accessible CAPTCHAs for blind users are often distorted audio text, which are technically accessible, but multiple studies show that blind users have below a 50% success rate with those.

My research team had developed a new more usable audio CAPTCHA for blind users that utilized non-textual sound (like dog barks, piano sounds, and rain), and that had a much higher user success rate. That project had won a 2009 “Innovator of the Year” award from the Maryland Daily Record. Yet at the end of 2009, the undergraduate who had started the project with me in 2007 (Jon Holman) was graduating, the doctoral student who had built the prototype with me (Graig Sauer) had defended his dissertation and graduated, and an important component of the research team (Dr. Harry Hochheiser) was leaving for another job. We had design ideas, we had a prototype, we had done research and evaluated with users, but we didn’t have an industry-ready application. It occurred to me that this was a perfect project in which to collaborate with DECO.

DECO has much more involvement with industry than a typical academic department, and they have experience building industrial applications. Many universities have an “Office of Technology Transfer” which works to take research ideas and prototypes from university researchers, and turn those ideas into industry products. Towson University doesn’t have such an office, but many of the skills that are needed for technology transfer are present in the DECO staff.

So, I approached Linda Bowyer, Assistant Vice President of IT and Director of the Center for Applied IT (CAIT), at the end of 2009 about collaborating on moving the accessible CAPTCHA project forward from a research prototype to a more industry-ready project. She loved the idea, and at that point, we started working with Tim Brooks, Associate Director for Software Development, and Genna Melamed, Senior Software Developer. As a group, we applied for funding from TEDCO-The Maryland Technology Development Corporation, and were given $50,000 by TEDCO to move the project forward in 2010. The funding helped both in developing a more secure, more robust application using an improved design (throughout 2010 and early 2011), and also paid for the evaluation of the application with blind users (during the summer of 2011). That prototype was complete by the end of the summer of 2011, and we are currently in talks with a number of companies to implement the CAPTCHA in their corporate web sites. The expertise of DECO’s staff, in turning ideas into corporate applications, is what helped the project move forward. 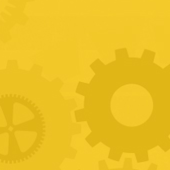