No you are not entering the Twilight Zone (that’s Rod Serling’s 5th dimension). The fourth dimension in Geographic Information Systems (GIS) is time. The first two dimensions are what make up a 2D paper map, specifically a grid or coordinate system on which geographic features are rendered. The third dimension is the presentation of height or elevations, which allows for features on a map to be represented in 3D. The fourth dimension accounts for change in mapped features over time.

In the past, most GIS data was used primarily for planning, covered large areas, and was updated infrequently, perhaps annually. Even with GIS data that is updated more frequently, like Landsat satellite imagery of earth (taken every 16 days over the past 40 years), most change analysis in the past was done on an annualized basis between two adjoining years, and visualized as a third dataset. Viewing time aware data in a series, like in a video, was limited to GIS desktop applications. Consequently, time aware visualization was not widely done in GIS. That all changed when ESRI released version 10.1 of their desktop and server GIS software. Streaming large amounts of data became possible, opening the way to a high quality experience with time aware data on the web.  This, in conjunction with an explosion of services providing real-time spatial data, like the national weather service and Twitter, means the time has come for the fourth dimension in GIS.

The Center for GIS’ Work with Time Aware Data

Capitalizing on the success of the Osprey Dashboard Public, the Center for GIS (CGIS) is currently building an internal dashboard application for the Maryland Emergency Management Agency (MEMA) that takes advantage of time aware data. Having the ability to look back in time at the real-time feeds that MEMA aggregates for the Osprey Dashboard will allow emergency managers to compare a current event to past events and assist with planning, exercises, and after action analysis.

The following screen shots are from the time aware power outage application currently in development. Hurricane Sandy’s (2012) impact on Maryland has an interesting spatial/temporal story to tell when viewed through the lens on power outages. As you can see from the total Estimated Power Outages graph below, disruption to the electric grid started to increase significantly by 1 pm, Monday October29, 2012 climbing steeply past 10,000 outages. By 7 p.m. power outages passed 100,000, and at 9:30 p.m. outages were climbing even more steeply past 200,000. Estimated outages reached almost 300,000 by 3 a.m. Tuesday October 30, 2012, which was the peak. It took several days of around the clock restoration efforts to bring power outage totals back below 10,000 – late Saturday night November 3, 2012.

Total power outages only tells part of the story. Weather never impacts the whole state at once, or even in the same way. In this case, the coastal track of the storm impacted the counties surrounding the Chesapeake Bay and eastern shore first. The map below shows the outages by county in raw numbers, and as a percentage of customers without power. At 100,000 outages state wide, Harford County was the most impacted with almost 25% of its households/business without power.

From the map below, you can see that at 200,000 outages, the same general pattern held with the counties being impacted. Harford County still the most impacted with 46% of its households/business without power. Note: Western Maryland – Garrett County and Allegany County are without outages roughly 8 hours after the onset of outages in other parts of the state. If this was a normal coastal hurricane, this would be what you might expect, as they usual do not reach that deeply inland, but Superstorm Sandy was not an ordinary hurricane.

At the height of the power outages, 14 hours into the event, with around 300,000 customers affected, the distribution of outage changed dramatically. A second storm came in from the west to join forces with Sandy, enhancing winds and precipitation. In the mountainous region of Maryland this precipitation fell as wet snow. With leaves still on the trees, the weight of the snow caused wide spread outages due to branch and tree falls. At this time Garrett County took the lead as the most affected county, with 57% of customers served being without power. But, this was just the beginning of the power outage problems for western Maryland.

It was not until Wednesday midday that Garrett County’s power outage numbers peaked at 85% of their customers served. By this time, much of the power restoration was complete in other counties or well under way, as can be seen on the map below. With two foot of heavy wet snow blanketing Garrett County, access to the many miles of rural power lines needing repair took several more days. On Sunday November 4, 2012 at 12 a.m., the last time frame shown in this series of map, 30% of the customers in Garrett County were still without power.

This time aware map story of power outages caused by Hurricane Sandy has illustrated the importance of spatial distribution over time, and how it can be visualized to better understand complex temporal relationships in your data. This is particularly true with the information related to emergency management. Dashboard EOC will be ready for use at MEMA as the 2014 hurricane season gets underway. We are excited to put the power of the fourth dimension of GIS in the hands of emergency managers and state officials to better respond to the next big event.

To find out more about MEMA’s Suite of Osprey applications for the public and Emergency responders visit this page: http://mema.maryland.gov/Pages/OSPREYlanding.aspx 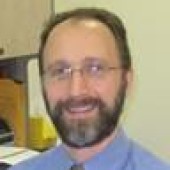 For over 25 years, the Center for GIS at Towson University has empowered Maryland’s government, business, and non-profit sectors by connecting them to GIS technology. We find innovative geospatial solutions through geospatial data development and analysis, application design and development, GIS integration, client site support, and GIS training.