Over the past few years an intense battle has been taking place over the way content is delivered to consumers, via the internet. This is the battle of Net Neutrality. So what is Net Neutrality? Net Neutrality is the idea that all traffic traversing the Internet is treated the same. No one source or type of content is given any special privilege to reach its consumer over any other content source or type. The notion is that the Internet is a free and open space, giving users (both developers and end consumers) equal access to any website or application. Seems logical right? So who is posing a threat to this simple, yet genius notion? Internet Services Providers (ISPs). Within the realm of Net Neutrality ISPs are not allowed to discriminate between the sources of Internet traffic you consume, but if things go their way this will soon change.

ISPs want to set up a “pay for play” system where content developers would pay ISPs a premium to get their content to end users first, or in a timely fashion. ISPs would in essence create a model where content developers and providers who can afford it, would reach the end user first; whereas content developers who can’t afford (or don’t want) to pay this premium would no longer be easily accessible to their audience. This would further marginalize “smaller” content developers by not allowing them to reach audiences simply because they can’t afford to, and not because of the quality of their content. In addition, this model will  change the way we pay for the Internet. Currently we pay our ISPs some flat rate that is typically only limited by bandwidth capacity. In the new proposed model, your Internet bill could begin to look a lot like a cable bill, where you pay for different “Internet tiers” of content. So you want to be able to access YouTube? That’ll cost an extra $10/month. How about NetFlix or Hulu? That’ll cost you an extra $20. Our ISPs should just be the delivery service of our Internet content, but this makes them the deciders of our content.

Role of the Government

Another question you may be asking is why would the government (FCC) strip away Net Neutrality? Well, in 2010 the FCC actually established “Open Internet Rules” which supported Net Neutrality. In essence these rules were: 1) ISPs need to be transparent about how they manage network congestion; 2) they can’t block traffic on wired networks, no matter what the source; and 3) they can’t put competing services into an “Internet ‘slow lane” to benefit their own offerings. So what happened? Verizon, one of the largest ISPs, challenged these FCC rules and in January 2014 a federal court ruled in favor of Verizon (and ISPs) primarily dismantling the last two rules. Furthermore, it doesn’t bode well that the former chairman of the FCC, Michael Powell is now the cable industry head lobbyist, and the current head of the FCC, Tom Wheeler, is a former cable industry lobbyist.

The Impact on Online Education

This now brings us to the big question, how exactly could this affect online education? If Net Neutrality is dismantled, and a “pay for play” system is introduced, then institutions offering online education will have to pay ISPs a premium for their courses to reach students. Imagine an Internet where the multimedia content of an online MBA program from the University of Phoenix is allowed to perform better than similar multimedia content from an online MBA program through the vvof Baltimore. Or a scenario where the course videos recorded in our Digital Media Classrooms here at Towson University no longer stream well for our students, only because UMBC has paid ISPs a premium for educational content bandwidth on their networks. Furthermore, as many schools move more of their educational content into cloud based services, and ISPs in turn require these cloud storage companies to pony up more money for efficient content delivery, then the additional cost will ultimately be passed along to the customers, e.g., the students. Given the exorbitant and still rising cost of college tuition, I can’t imagine any student being pleased about having a new line item in their tuition bill that reads “Online educational content storage and delivery fee: $XXX”

The concept of Net Neutrality and its grave importance spans across all industries, and disassembling Net Neutrality will ultimately suffocate innovation. The FCC needs to hear from all of us regarding the importance of keeping the Internet a neutral space for the sake of online education, and all content developers. The Electronic Frontier Foundation has created a simple form for anyone to use to tell the FCC why the Internet needs to remain open: https://www.dearfcc.org/ 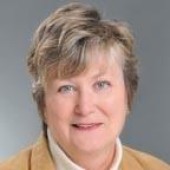