The Towson University Incubator’s annual Business Plan Competition will soon be open for participation. The annual competition encourages entrepreneurship, small business growth, and innovation and provides valuable feedback on business ideas. As always, entrepreneurs and startups in the Baltimore-Washington region are encouraged to apply for a chance to win, among other prizes, resident membership at TU Incubator, Towson University’s edtech-focused business incubator. Returning is the ‘student-only’ category, which debuted last year with great success, in addition to the ‘professional’ category. With more than 40 executive summaries submitted in round one of last year’s competition, we can’t wait to see what 2016 has in store.

The 2016 Business Plan Competition timeline is outlined below: You may be wondering what happens after the competition ends and winners are selected. Here’s a glimpse at what some of our previous winners have accomplished since winning the competition and joining the incubator. 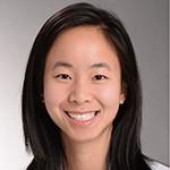 The TU Incubator, Towson University’s business incubator, serves as an entrepreneurial resource and activity hub inside and outside of Towson University. Education Technology (EdTech) is a main area of focus, and the TU Incubator is uniquely positioned to help companies succeed by leveraging TU’s resources and expertise in education.