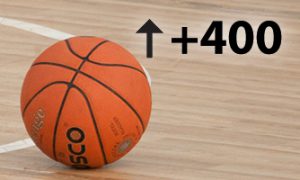 There is always at least one team that upsets everyone’s meticulously planned brackets, and Maryland’s March employment numbers are no different. The most surprising upset came from the typically lesser performing Manufacturing sector, which added 300 jobs in February and was up by 3,300 jobs compared to one year ago. Other big winners included Education and Health Services—which grew by 5,400 jobs and comprised an increase of 3,200 in Educational Services and an increase of 2,200 in Health Care and Social Assistance—as well as the Retail Trade sector, which grew by 1,300 in February. Federal government employment in Maryland also increased by 1,800 jobs over the month. The state’s year-over-year winners include Professional, Scientific, and Technical Services (which grew by 8,800 jobs) and Trade, Transportation, and Utilities (which grew by 7,500 jobs).

For every bracket upset, however, there is a team that is knocked out of the running. Though these teams might be out of March Madness, many had decent performance overall. The largest decrease in monthly employment occurred in Professional and Business Services, which fell by 5,200 jobs in February. Employment in Administrative and Support and Waste Management and Remediation Services, a sector that includes temporary workers, decreased by 4,200 from January to February as well. Year over year, this sector lost 4,600 jobs. Leisure and Hospitality lost 2,400 jobs over the month and comprised a loss of 3,200 jobs in Accommodation and Food Services with a little offensive help from an 800-job increase in Arts, Entertainment, and Recreation. Even so, Leisure and Hospitality is up 6,600 jobs over the year.

With some unexpected sector winners and a downward revision of January’s numbers, Maryland’s February jobs report truly got into the spirit of March Madness. As the economic playoffs continue, hopefully a wide array of industries will continue advancing their employment numbers, and Maryland’s employment picture can rally, study the plays of the national trends (and those of away teams, such as Virginia’s 12,800-job employment increase over the month and its 96,500-job increase over the year), and rise to the final four.