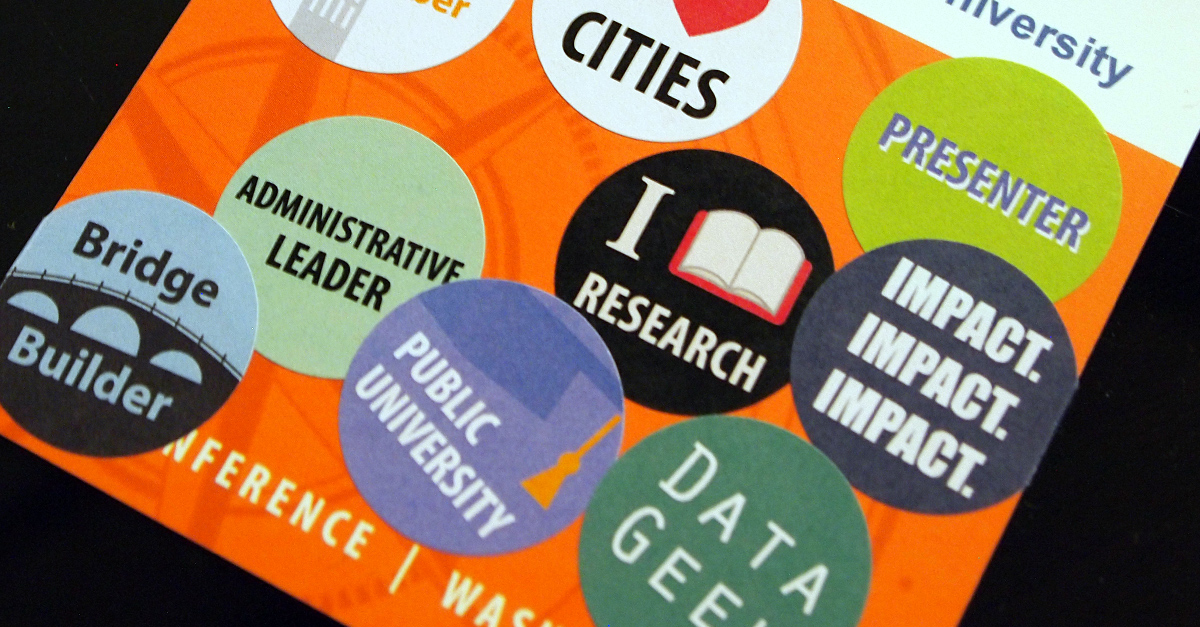 What a week! Just yesterday, my team and I returned to campus after spending four days in Washington DC, where we hosted the 2016 Annual Conference of the Coalition of Urban and Metropolitan Universities (CUMU). This is the largest nationwide meeting of leaders from metropolitan universities and colleges. And, this year’s conference was the biggest yet; nearly 350 university representatives, including 25 university presidents, and dozens of community partners converged on our nation’s capital to help chart the future of metropolitan universities.

CUMU, the longest-running and largest organization committed to serving and connecting the world’s urban and metropolitan universities and their partners, was formed in 1989. Towson University is a founding member and has served as its headquarters since 2005. I am proud to serve as CUMU’s Executive Director and my staff in the Office of Partnerships and Outreach helps to manage CUMU events, communications, finances and operations, in addition to serving as liaison for its member institutions and partners.

Along with my team, several other members of the Towson University family attended this year’s conference.

President Kim Schatzel, who serves on the CUMU Executive Committee, led the TU delegation. She opened the Luncheon Plenary and represented TU in executive meetings as well as at a dinner for university presidents hosted by Georgetown University President John DeGioia.

Matt Durington and Samuel Collins, anthropology professors, gave a presentation titled Teaching Baltimore Together: Building Thematic Cooperation between Classes. The presentation focused on how they brought together several courses in the Department of Sociology, Anthropology and Criminal Justice in order to examine the interrelationships between power, race, class, public space and urban development after the death of Freddie Gray and the subsequent unrest in Baltimore.

Chris Jensen, Director of the Center for Civic Engagement and Leadership, and his colleagues Stephanie Easterday and Corinne DeRoberts attended for the second time. The Civic Engagement team helped to moderate sessions and connect with leading administrators and faculty from around the country to bring best practices back to TU.

Attending for their first time were members of the Division of Innovation and Applied Research, including Daraius Irani, vice president innovation and applied research. Bailey Susic and Mikey Mullen, from the Continuing & Professional Studies, were on hand to shoot footage for a video they are producing in conjunction with my office.

TU Civic Engagement and Division of Innovation and Applied Research

Although I’m a bit biased, I can say that this was a fantastic conference. More than 80 presentations covered topics as diverse as civic engagement, food insecurity, partnerships, immigration, and town-gown relations. Important conversations took place in person and on Twitter (#CUMU2016). I believe all these conversations are part of a forward momentum that will help each of us impact the future of our metropolitan universities.

To learn more about the Coalition of Urban and Metropolitan Universities visit cumuonline.org.