Eye on the Economy: Maryland and the Regional Economy in August 2017 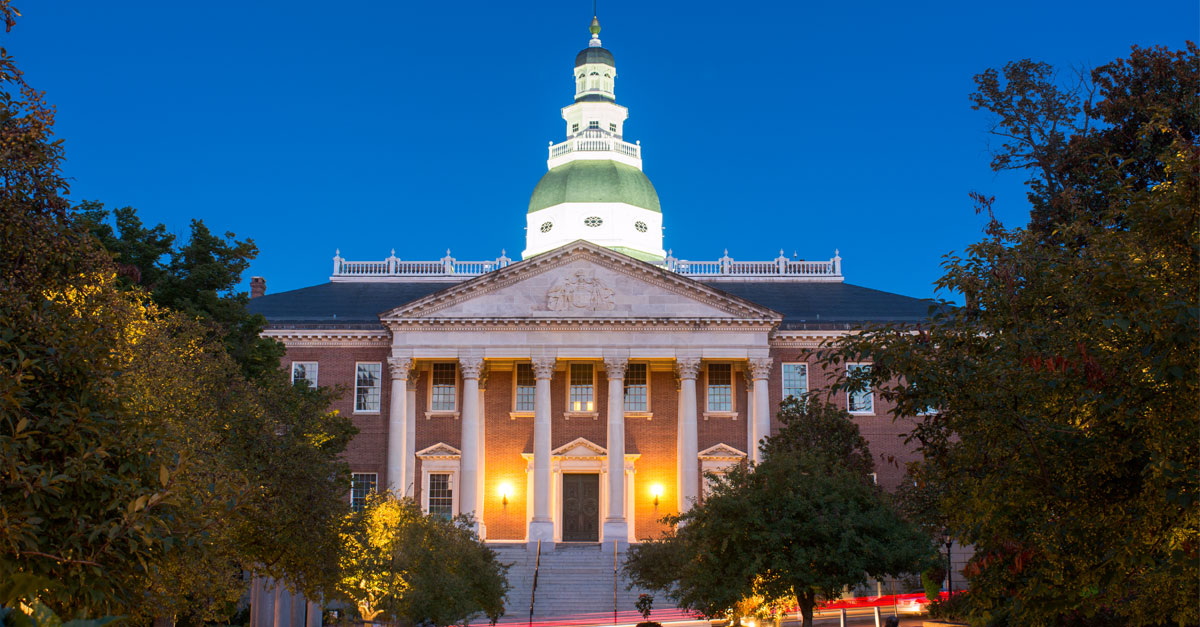 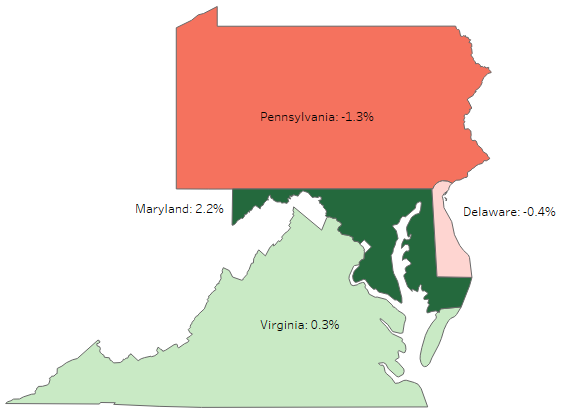 Growth in the private sector was driven by gains in the Mining, Logging, and Construction sector. In August, Maryland gained 3,200 jobs for a monthly growth rate of 1.9 percent. Maryland’s growth in this sector was the strongest of all Mid-Atlantic states. Across the other states in the Mid-Atlantic region, Mining, Logging, and Construction employment only increased by 300 jobs. The monthly percentage changes in employment in this sector are shown in the map below. 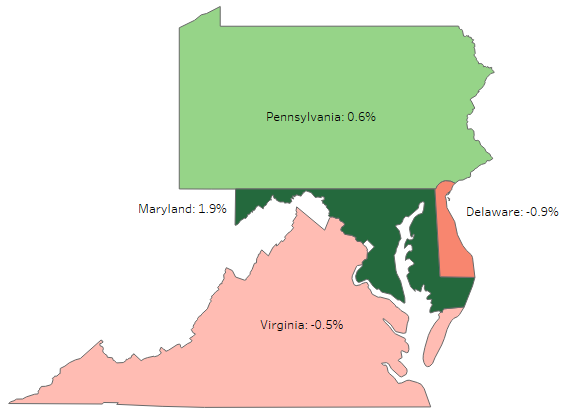 Map showing percent change in Mining, Logging, and Construction employment in the Mid-Atlantic Region for August 2017.

In addition to Mining, Logging, and Construction, Health Care and Social Assistance exhibited strong gains in August, with 2,300 new Maryland employees working in the sector. In contrast, Maryland’s neighbors saw employment in this sector decline by 2,700 jobs. Maryland’s Professional, Scientific, and Technical Services sector also continued to grow, adding 3,100 jobs in August and growing by 1.2 percent. This sector has grown by 23,500 jobs and is one of Maryland’s premier industries, driven primarily by government contracting and strong research facilities in-state.

Although most sectors of Maryland’s economy grew in August, some sectors declined. For example, Educational Services declined by 2,700 jobs last month. However, RESI is not calling for alarm here. Last month, the Bureau of Labor Statistics reported the sector added 6,900 jobs. These large swings are likely artifacts of the seasonal adjustments made by the government to control for spikes in employment, such as when schools start up. What’s likely is that employers in Educational Services hired for the coming school year a little early this year, throwing off the seasonal adjustment process.

While it’s wishful thinking to say that all job losses seen in the state are the result of arcane statistical processes and haven’t really taken place, that can’t hold true for all sectors of the economy. Nevertheless, Maryland’s economy continues to strengthen and improve, not just relative to itself month over month, but compared to the region and nation as a whole. Stay tuned to TU Innovates to get the most up-to-date insight into the Maryland economy.