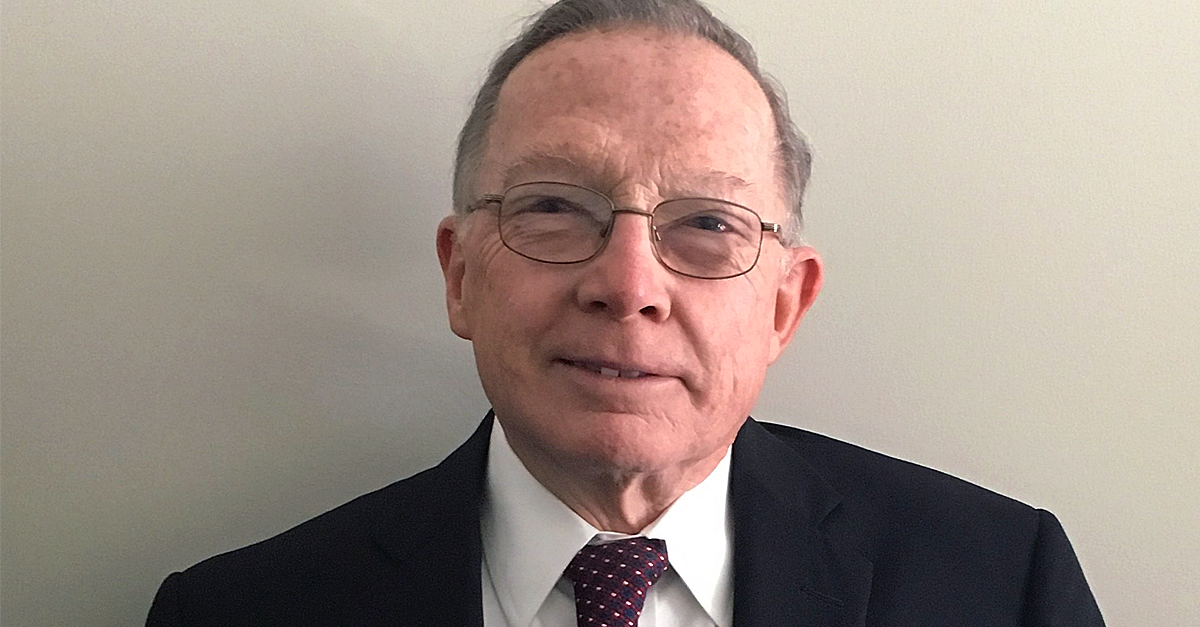 For several mornings over the past few weeks, containers of bright red grape tomatoes have appeared next to the cookies and coffee in the hospitality room at the Osher Lifelong Learning Institute at Towson University. These tomatoes are so red that one might think that they were painted that way. Instead they came out of the garden of longtime Osher member and current Coordinating Council chair, John Dahne. The first day he brought them in, he sat them down right next to a box of Dunkin Donuts Munchkins that he had also brought in for the group. If you’re thinking that John is trying to be all things to all people, think again. He just happened to have a coupon for the Munchkins and he is kind enough to share with others. 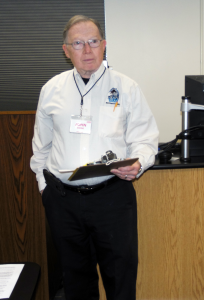 John became an Osher member in 2009 after retiring from careers working as a trust investment banker and an administrator for the Maryland Insurance Administration. “My wife said, ‘I married you for breakfast and dinner, but not for lunch every day,” so he joined Osher to keep himself busy outside of the house. He met his wife, Ann, on a blind date over 50 years ago and she must have liked what she heard about Osher, because she also became a member. They have lived in Towson for the past 33 years—longer than they have lived anywhere else—although they’ve also called Cleveland, Wilkes-Barre (PA), and Albany (NY) home. Prior to meeting Ann, John spent four years in the U.S. Navy doing cryptographic work in Japan and the Philippines before returning to Kenyon College in Ohio to complete his degree in economics. They have two grown children—a son who lives in the area and a daughter who resides in Pittsburgh.

At Osher, you might find John in a suit one day leading the Coordinating Council meeting. Or, you might find him in jeans and a plaid flannel shirt holding a tool box, ready to hang up some bulletin boards as Osher’s resident handyman. He likes working with his hands on home improvement projects and fixing old cars. Then again, he also loves singing in the choir at the Towson United Methodist Church and enjoying a concert at the Baltimore Symphony Orchestra.

The Little Engine That Could

There’s one hobby that seems to be a favorite though: model trains—buying, selling, and collecting Lionel trains. This interest of his may go back to his youth, growing up in Larchmont, NY, on the New York-New Haven rail line, when he was given his first train set at the age of six. In the early 1980s, he went to a train show in Albany and this reignited his childhood interest in trains. He took his family on a day trip behind the Norfolk & Western Class J611 bullet nose steam locomotive, and he never looked back as his enthusiasm for model trains has evolved.

It might be apt to think of John and his eagerness to help out at Osher in terms of the optimistic spirit portrayed in “The Little Engine That Could”. This positive nature is seen in his passion for learning and connecting with others. Asked why Osher is important to him, John says that it “keeps my mind active [and] can help people get more out of their retirement years. Learning is important, whether you are teaching or learning at Osher.” On that train of thought (no pun intended), John places importance on supporting the groups that enable him to have greater fulfillment in his life. “That’s why I support the Osher Sustaining Fund,” John adds, hoping that others will do the same.

Whether he is engrossed in his model trains, singing for his church, enjoying a class or lecture, volunteering on a committee, or simply sharing his bumper crop of grape tomatoes, it’s clear that with each simple gesture or big helping hand, John Dahne shows that he cares.