Welcome to the Upside Down: How Our Overturned Economy Led to the Rise of Donald Trump The Great Recession officially only lasted from December 2007 through June 2009. However, the recovery period dragged on through late 2011 and by some measures the country is just now getting back to “normal.” For example, the unemployment rate has only recently returned to pre-recession levels. Recovery from the Great Recession has been unequal. I recently attended the annual meeting of the American Economics Association and heard a fascinating talk by Mark Partridge on research he conducted with co-author Alexandra Tsvetkova on America’s economic recovery. As part of their paper, Partridge and Tsvetkova compared how local economies grew between 2010 and 2015 and between 2000 and 2007. The authors then looked for factors behind the differences, concluding that the industry mix present in a county helped determine how the local economy fared post-recession.

So how have local economies recovered from the Great Recession? How have these recoveries impacted our politics? To find out, the Regional Economic Studies Institute at Towson University extended Partridge and Tsvetkova’s analysis with a couple modifications. We looked at a slightly newer and more accurate dataset from BLS and our post-recession period is 2012 to 2016, to minimize the effect of some of the rapid post-recession gains the economy saw. We also adjusted our pre-recession period to be 2003 through 2007 so that we study the same number of years in each period. More than anything, the weak relationships between pre- and post-recession hint at a fundamental restructuring of the job market as a result of the Great Recession. To see what impacts the changing nature of employment in America had on the 2016 election, we first mapped out the difference in pre-recession and post-recession job growth, the results of which are shown below. As you can see, job growth seemed to be stronger in the Rust Belt and Midwest (two Trump strongholds) post-recession compared to pre-recession. We also looked at how salary growth varied by county pre- and post-recession, as shown in the map below. There’s a lot of red in this map; on average, counties had wage growth rates eight percent lower post-recession than pre-recession. Similar to the last map, much of the strongest growth in wages seems to be in the Rust Belt and Midwest. To look at how our changing economy impacted the previous election, we used regression analysis to explore how changing rates of salary and employment growth explained President Trump’s margin of victory by county. We used election results data and some county-level controls from opendatasoft combined with economic data from the Bureau of Labor Statistics. In total, we looked at 11 different variables and were able to explain 95 percent of Trump’s margin of victory. High-level results from our analysis are below:

What do these results tell us? Many of our results fit with the popular narrative that Trump won areas of the country that felt left behind by the economic recovery. Wealthier, larger counties with high job growth were more likely to vote for Clinton, and older, whiter counties were more likely to vote for Trump. An area that experienced employment growth of 40 percent between 2012 and 2016 would swing towards Clinton by 3.2 percentage points.

What stands out is that while positive job growth is associated with more votes for Clinton, President Trump had higher margins of victory in counties where incomes increased between 2012 and 2016, with everything else held constant. A county with salary growth of 20 percent post-recession would vote for Trump 1.4 percentage points more than a similar county with stagnant salary growth. This has to do with the nature of the jobs recovering the most from the Great Recession. Many of the jobs where wages are increasing the most are service-based jobs and those requiring less education and training, such as store managers, bank tellers, restaurant cooks, truckers, and baristas. These jobs may be offering higher salaries, but not necessarily job security in the face of a changing economy and the threat of automation.

The uncertainty over the future is likely one of the main reasons voters across the United States chose a president from the party not in power, and it serves as a powerful reminder to policy makers everywhere that simply looking at economy wide numbers such as salary growth or the number of jobs created may not tell the full story. 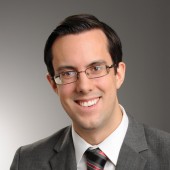