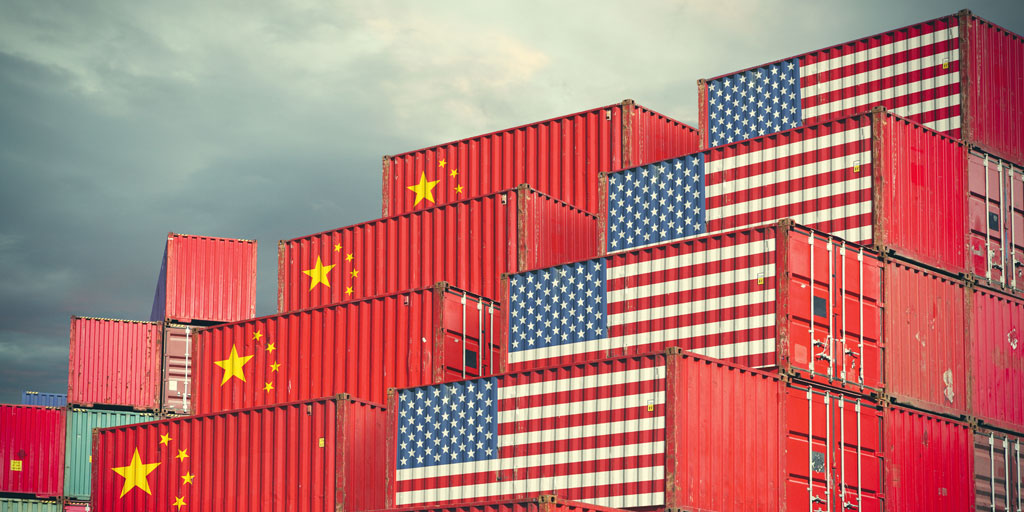 Tariffs and Trade Wars and Aid…Oh My!

The terms “tariff” and “trade war” have been in the news (and the Twitter-sphere) a lot recently, so my colleagues and I at the Regional Economic Studies Institute at Towson University decided to take a closer look at both the economic theory behind tariffs as well as their role in current events. While trade issues surrounding NAFTA [the North American Free Trade Agreement] and negotiations with the European Union are also important and related to this topic, they will not be discussed here—that would be a long blog post!

A tariff is a tax on imports. In theory, tariffs protect a local (or domestic) industry by making competing goods produced elsewhere more expensive. The reasoning goes that the additional costs imposed on the imported good or service will make the local product more attractive and thus protect local production and jobs.

In March, the Trump administration then implemented tariffs on imported aluminum and steel, set at 25 percent and 10 percent respectively. The rationale for these tariffs was national security, supporting domestic steel production to supply critical industries. Taken together, solar panels, washing machines, steel, and aluminum comprise 4.1 percent of U.S. imports.

In addition to the tariffs on specific goods, the administration has imposed tariffs on imports from China, which may reach 25 percent on $200 billion worth of goods. These tariffs have been proposed after China put duties and tariffs on $53 billion in U.S. goods, which were a response to the U.S.’s initial tariffs on steel and aluminum.

What has the response been to the tariffs?

In response to Trump’s tariffs, several countries have imposed tariffs on U.S. goods, especially agricultural products produced in largely pro-Trump areas of the country (in addition to the trade war with China described above). To assist farmers who could be impacted by these tariffs, the Department of Agriculture announced a $12 billion aid program to buy crops from farmers whose products are now less attractive in foreign markets. Farm organizations appreciate the assistance but recognize it as solely a short-term fix. Furthermore, given the wide-reaching impacts of the tariffs but very industry-specific response, many lawmakers question whether or not this tactic is helpful or sufficient.

What do economists have to say about tariffs?

Economists are notorious for disagreement (Have you ever heard the joke about putting ten economists in a room and getting eleven opinions?). However, there is a surprising amount of consensus regarding the efficacy of tariffs. For example, in a recent Reuters survey of economists, no respondent indicated that tariffs would help the U.S. economy. Additionally, others have expressed concerns about excessive inflation as prices rise.

What does the tariff policy mean for me, as a U.S. consumer?

Companies can respond to tariffs by either absorbing the extra cost (leading to decreased profits) or by raising prices for consumers; a wide range of goods is likely to get more expensive. With more expensive inputs, companies such as Coca-Cola (they use aluminum for cans), Caterpillar, Harley Davidson, and Whirlpool have increased costs. On the other hand, some groceries may become cheaper in the short term, as fewer agricultural exports mean more domestic supply. Given the intricacies and interconnections of the U.S. economy, the effects will ripple into other industries.

Consumers will likely feel longer term impacts as well. In addition to immediate price changes, tariffs can affect the prices of inputs and intermediate goods for other U.S. industries. In fact, analysis of the Bush-era steel tariffs showed that the policies had a net negative effect on the economy: more jobs were lost across the economy than were protected in the steel industry, and other analysis has shown that roughly $400,000 was spent to for each job protected in the steel industry. Furthermore, the World Trade Organization ruled that these tariffs were illegal, though the current national security argument is designed to circumvent this.

Clearly, the Trump administration’s tariff policy is contentious. While only time will tell as to the outcome, past precedent and current reactions show that this strategy will have global ramifications.