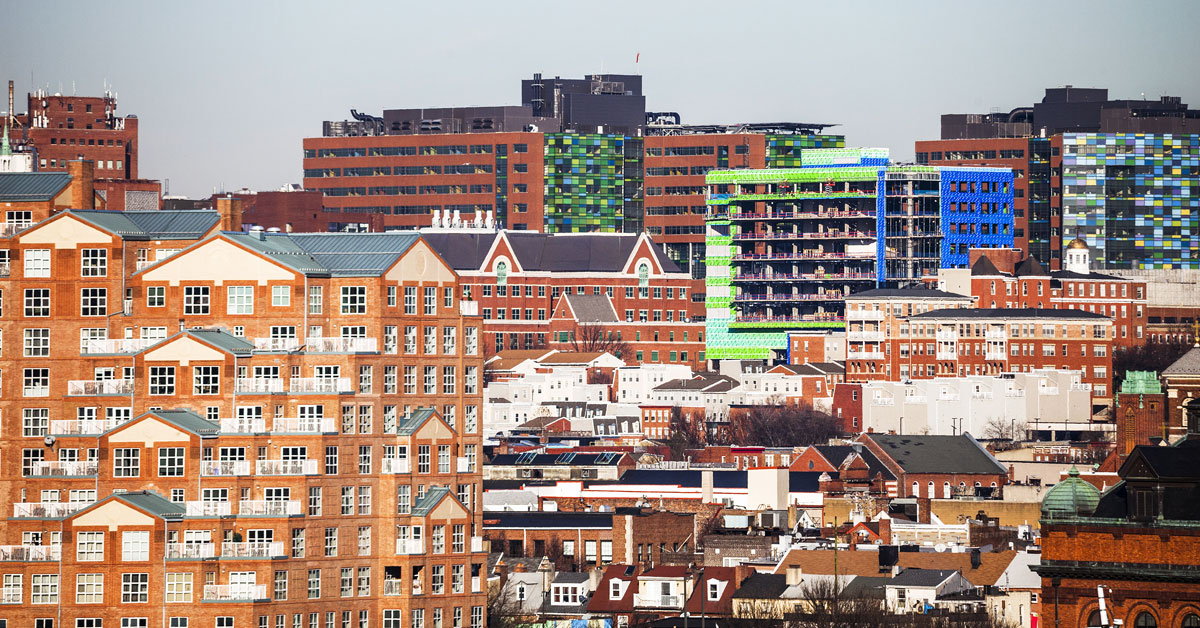 Many people are familiar with the U.S. Census as the long form that everyone has to fill out every ten years. While the decennial census is a major undertaking of the U.S. Census Bureau, the Bureau collects, analyzes, and publicly reports demographic and economic data year-round. One recent data release that has gotten some attention is median household income. This metric totals the income earned by all people over age fifteen living in the same house. In reporting the median value, Census presents the level of household income where half of households are below that value and half of households are above it.

Census has two different programs that calculate the median household income, the Current Population Survey (CPS) and the American Community Survey (ACS). The two surveys use different methodologies—CPS is a national survey that asks detailed questions, with respondents answering questions over the phone, while ACS covers smaller geographies (for example, states or metro areas instead of the entire U.S.) but asks less-detailed questions and relies on a respondent completing an online/written questionnaire. Not surprisingly, the two surveys arrive at different results, though these results are close and follow the same patterns over time. For this blog post, we’ll be using the CPS estimates to take a deeper look at national-level trends. As a note, the survey uses real 2017 inflation-adjusted dollars, meaning that the dollar values for different years within the same survey can be directly compared.

With its more-detailed methodology, CPS reports median household income in the U.S. as $61,372, 1.8 percent higher than the 2016 level of $60,309. While this increase is statistically significant, it is interesting to consider that consumer prices increased by roughly 2.2 percent from 2016 to 2017. This means that the prices of goods and services that people buy increased by a higher percentage than household income did, as measured by CPS. In other words, even though their income increased, the median household in 2017 can buy less with their income than in 2016. Thus, while the gain in household income is not unimportant, there is more to the story than just this figure.

The CPS data also present income by quintile, grouped so that each income range includes 20 percent (one-fifth) of households. The survey then reports out the share of aggregate income that each quintile holds. We’ll be looking at equivalence-adjusted income, or the total amount of income earned in the U.S. in 2017, by quintile, taking into account the size of the household (for example, a single-person-household making $50,000 would be grouped differently than a family-of-four household making $50,000). Household income information regarding these quintiles is below:

Although we would expect that higher-income earners would hold more income than lower income earners, these breakdowns of national-level data show how income inequality exists in the U.S.

In addition to this information by income level, CPS also provides data regarding household income by race. For example, in 2017:

As we have seen above, median household income is an important metric when considering how households are faring over time in the economy. However, the single data point doesn’t capture the entire picture. Considering how median income varies by groups can give a better indication of overall trends and can help to inform or describe realities on the ground. These data mathematically show that disparities exist, and further investigation can show how they manifest—the RESI team has previously looked at economic and racial disparities in the city and local region, including human development and transportation disparities in Baltimore City, disparities in Maryland’s workforce and mortgage market, and the gender pay gap.