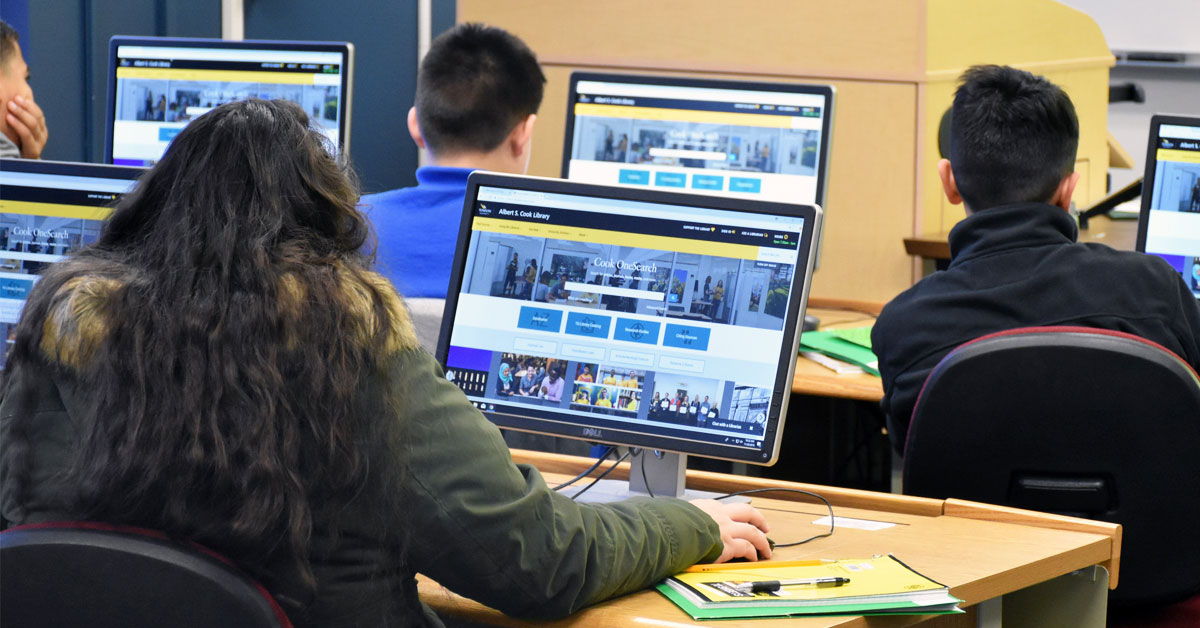 Back in early September, I was working at my desk when my phone rang. It was Judy Dobbs from Maryland Humanities. Judy was the long-time coordinator of Maryland’s History Day, a program where middle and high school students research and create projects related to a particular moment in history. I had served as a judge for this program for the last eight years and had partnered with Maryland Humanities on other programs too, so I was curious what this call would be about.

Judy said that she had talked with a Baltimore City middle school teacher whose students were preparing Maryland History Day projects for the first time. She asked if Cook Library would be willing to host a “research day” in October where those students could get help finding resources. I literally said yes before she could finish asking the question. I knew another local library had hosted a “research day” in the past and I felt that our library, with support from BTU—Partnerships at Work for Greater Baltimore, could pull it off too. Potential dates were gathered and we settled on two possibilities, but I didn’t hear anything from either Maryland Humanities or the teacher for a while.

I soon found out why. Someone fired a gun in the students’ school and our plans had to change.

The teacher had more important things to cover in that moment and our “research day” needed to be pushed back. Eventually we settled on November 29 and I along with two other librarians began designing our sessions.

When shaping the structure of our “research day,” I looked to the library that had previously hosted. Logistically, that plan worked for the library, but it ended up not working for the teacher. I had planned to do a session on conducting interviews since it had been my experience that History Day projects that contained interviews were better projects. About two weeks before Research Day, I shared my proposed schedule with the teacher and she asked if I wouldn’t mind changing that session. She said that her students really struggled with reading news articles and they would not have time to conduct interviews this year. My response was, “Whatever your students need is what I’ll do” and I adapted.

By November 29, I had perfected my schedule and was waiting for the bus of students to arrive. Then my phone rang. The teacher told me that there was a mix-up with the bus and they would be an hour late. We adapted again, creating two possible versions of the schedule depending on when the students arrived and shortening the sessions as needed.

Once the students made it to TU, I briefly welcomed them by talking about our history (it seemed only appropriate during a day focused on history). Then I really wanted the students to feel at home at Towson University so I adapted my remarks to their interests. I asked the group what their interests were and connected those interests to TU’s programs. So for example, one student said that he wanted to be in health care and I told him about our College of Health Professions programs, like nursing. 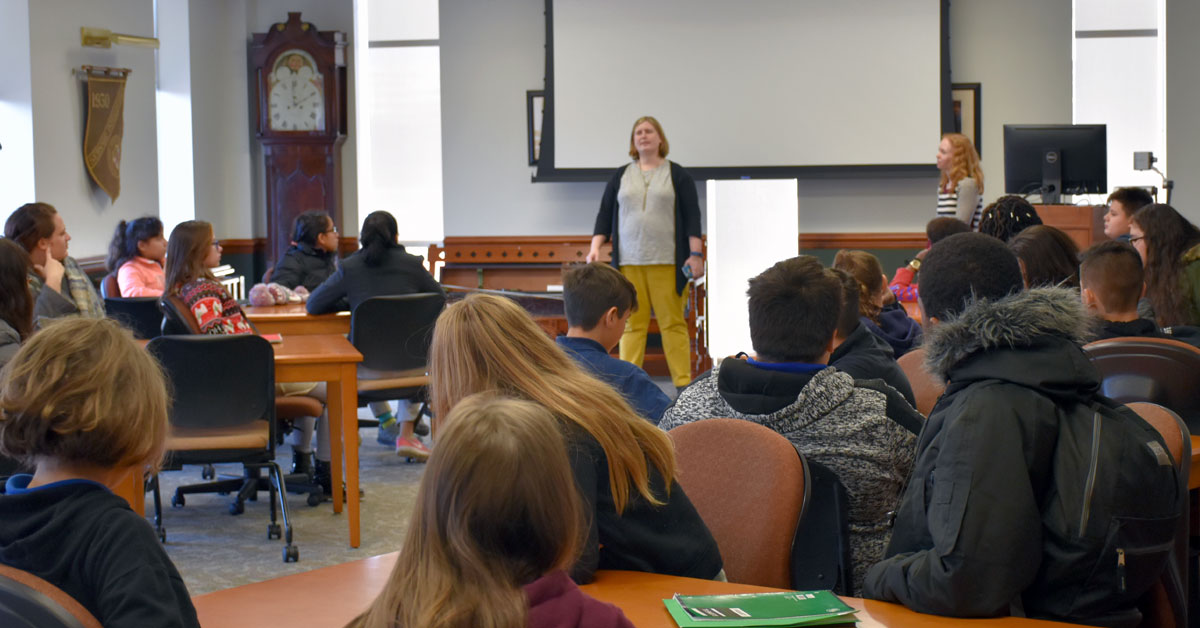 Through a partnership with Maryland Humanities, Cook Library welcomed middle and high school students to Towson University for a research project for Maryland History Day.

Next, the students divided into three groups and rotated through three separate sessions focusing on finding and reading both primary and secondary research resources related to their History Day topics. Then the students reconvened and I asked them to fill out an evaluation form. This brief survey asked students to rate how helpful the day was, tell us about one thing they learned, and tell us one thing that was still confusing. This evaluation is similar to one that many librarians give TU courses after our sessions with them.

The students’ responses are invaluable because they help us identify what they took away from the session and how we can make them better next time. For example, while many students said they learned how to tell a primary source from a secondary source, many said that they still wished they had more time to search for primary sources related to their own topics. Thus, next time we will be sure to build more research time into the sessions.

Not only did students unanimously rate “research day” as at least somewhat helpful for their projects, but some also said informally how wonderful Towson University is. One student even said that he now is considering attending Towson University for college. Attendees also were very impressed by the campus. Thanks to BTU’s generosity, students were able to have lunch in Glen Dining Hall and that experience had quite a positive impact. A chaperone noted that the Glen had the best food he’d ever had in his 13 years of supervising school trips.

Because we and our partners were willing to adapt as students’ needs changed, they got the resources they needed to complete their History Day projects and even began to picture themselves as future Towson Tigers. In fact, one of the students ended up changing his topic to the Oklahoma City Bombing and that modification proved fortuitous. It turns out that the Maryland Humanities coordinator was originally from Oklahoma and in the city at the time of the bombing. The teacher ended up softening her prohibition on interviews and suggested that this student talk to the coordinator.

When it comes to community partnerships, I’ve learned that adaptability ultimately is in everyone’s best interest. 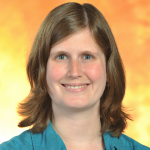 Joyce Garczynski is the Assistant University Librarian for Development & Communication at Towson University’s Albert S. Cook Library. In this role she teaches communication students about the research process, manages library publicity, and oversees library fundraising efforts. Joyce’s scholarship focuses on library social media and she authored the book Fundraising: How to Raise Money for Your Library Using Social Media that was published by Elsevier in 2017. She received her MLS from the University of Maryland’s iSchool in 2009 and also holds a Master’s Degree in Communication from the Annenberg School for Communication at the University of Pennsylvania.