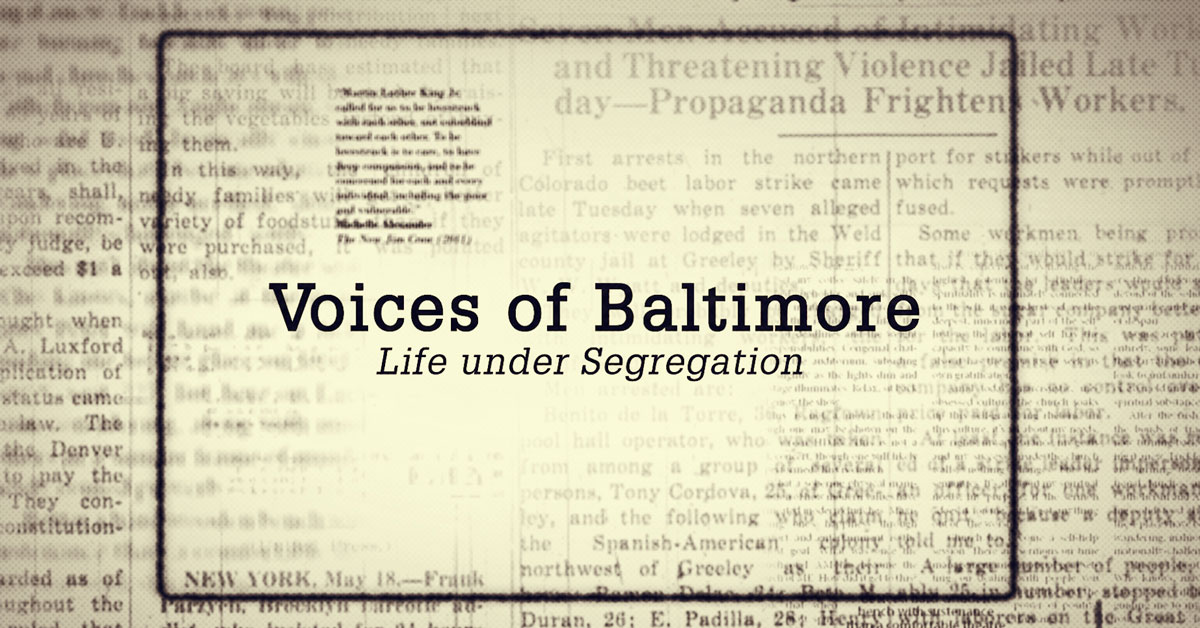 The project documents not just their stories, but something much more—how the lived experiences intertwine and reflect both the individuals’ personal integrity and moral imagination, as well as the ways that strong school and family supports, and cultural and religious institutions enabled them to maintain the resilience necessary to achieve equality and dignity in a historically oppressive society.

In Baltimore, legalized segregation created geographical boundaries for African Americans—who were mostly confined to their black neighborhoods. Yet, legal segregation also had the effect of creating thriving and supportive communities among black Baltimoreans.

The stories told in this film reveal four central themes inherent in the conflicting balance between oppression and empowerment felt by those living in that time and place:

Too often we ignore the reality that, in many ways, Brown v. Board of Education of Topeka (347 U.S. 483, 1954) was a failed experiment. We also ignore what was divested from the Black communities, focusing on the over-simplified narrative that we live in a “post racial” society.

The stories shared in the film allow viewers to challenge assumptions and ask deeper questions about the nature of oppression—yesterday, today, and tomorrow. Framed against the issues raised by Michelle Alexander (2012) in The New Jim Crow, rather than fitting history to comfortably accommodate a liberal or progressive White narrative, the film disrupts the narrative and reframes that understanding to reflect the realities of history as told through the stories of those who lived, and continue to live it.

Building Spaces to Transform Our Future

With generous funding support from BTU—Partnerships at Work for Greater Baltimore, our partners at Maryland Public Television (MPT) will also showcase the high school curriculum guide that accompanies the film. The guide will be available on MPT’s Thinkport.org, a gateway to curriculum-based educational resources.

The purpose of writing the curriculum guide is to invite students, teachers, community members and others to ask the difficult questions about white privilege, institutional racism and the oppressive policies that still endure. The intention is to build a space for stories that will transform our future. Some of the dominant narratives to be challenged by the critical analysis embedded in the Voices of Baltimore: Life under Segregation curriculum guide include: 1) the “deficit model” taught around the history of segregated black communities; 2) that desegregation was a non-problematic “win” that “saved” black and brown communities; and 3) that things are better now than they were then.

In particular, the point that “shifting from self to system by learning to focus on how race structures community and school experiences and how racial barriers can be reduced or eliminated” will be addressed. Situating the words/stories of the individual film participants into a broader systemic context, juxtaposing narrative with readings/research will guide students to ask questions about how the individual and personal are interconnected with institutional policies. The personal is political. And the question becomes—Whose Stories Matter?

Samples of all four curriculum guides (K-12 and University Level), upcoming events, and more about the people behind the “Voices” visit our website or follow us on Facebook. 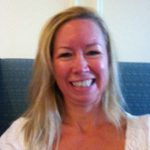 Morna McDermott McNulty, Ph.D., (Co-Film Producer, Co- Film Editor) is a professor in the TU College of Education. Her teaching and research focus on the intersections among creativity, social justice, and public education. Books include The Left Handed Curriculum and The Activists Handbook for the Education Revolution (Information Age Press). McNulty’s first novel, entitled Blood’s Will: Speculative Fiction, Existence, and Inquiry of Currere (2018) is published with Peter Lang Publishers. She has authored or co-authored over 20 peer-reviewed articles and 20 book chapters.