Eye on the Economy: An Interactive Look at Maryland and the Regional Economy in April 2019

According to the most-recent jobs report from the Bureau of Labor Statistics (BLS), between March and April, Maryland gained 1,200 Total Nonfarm positions, including 900 Total Private jobs and 300 Government jobs. Maryland’s unemployment rate in April was 3.8 percent, which is the same as in March.

On the supersector level, Maryland’s gains were concentrated heavily in the Professional and Business Services sector with an increase of 3,600 jobs. Four other supersectors had slight employment gains, Other Services (increased 600 jobs) Education and Health Services (added 500 jobs), Mining, Logging, and Construction (added 300 jobs), and Information (increased 300 jobs). Losses were reported in the Trade, Transportation, and Utilities sector which declined by 1,700 jobs, the Leisure and Hospitality sector which dropped by 1,500 jobs and Financial Activities, with a decrease of 1,100 positions. The Manufacturing sector remained relatively steady, reporting a loss of only 100 jobs. On the subsector level, Maryland’s gains were highest for Administrative and Support and Waste Management and Remediation Services, which added 3,400 jobs, and Accommodation and Food Services, with an additional 1,100 positions. The largest declines on the subsector level were in Arts, Entertainment, and Recreation (down by 2,600 jobs), Transportation and Utilities (lost 1,600 jobs), and Finance and Insurance (dropped 1,600 positions).

Neighboring states in the Mid-Atlantic region (Virginia, Pennsylvania, Delaware, and Washington, D.C.) added 17,300 Total Nonfarm jobs between March and April, including 16,700 Total Private jobs and 600 Government jobs. Similar to Maryland, neighboring states’ largest gains on the supersector level were in Professional and Business Services, which added 7,500 jobs. However, these states added jobs in sectors which declined in Maryland, including Manufacturing (increased 2,900 jobs), Trade, Transportation, and Utilities (added 2,200 positions), and Financial Activities (gained 2,100 jobs). The only losses in these states were reported in the Mining, Logging, and Construction and Information sectors, each of which declined by 300 jobs. The unemployment rate for neighboring states in April improved to 3.5 percent, down from 3.6 percent in March.

In April, the U.S. Census Bureau released annual population estimates for states and counties across the United States. While most news focused on the continuing population decline of Baltimore City, there was also cause for concern within the estimates for Maryland statewide. Between 2017 and 2018, the state experienced a net loss of 1,943 residents to migration, placing Maryland 38th among all states (and D.C.) when weighing for total population, as well as last among our neighbors in the Mid-Atlantic region.  This was driven by a net loss of 24,518 residents to domestic migration, meaning that significantly more people moved out of Maryland to other U.S. states than moved to Maryland from those states. International migration helped to counter this movement, with a net gain of 22,575 people moving to Maryland from outside of the U.S. These population shifts have the potential to affect the state economy through changes in the labor market, especially if a declining population of working-age adults leads to a shortage of employees. 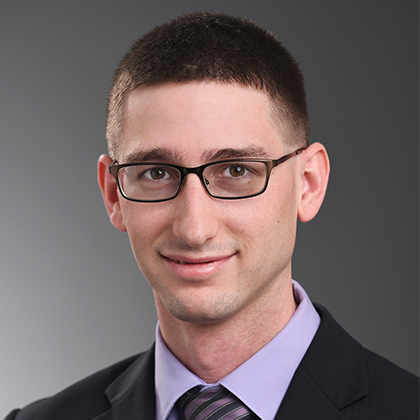