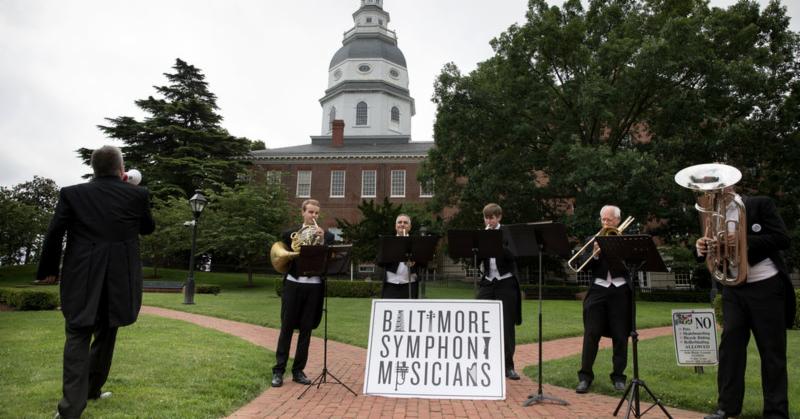 The Baltimore Symphony Orchestra (BSO) was founded in 1916 as a branch of the city’s municipal government. Though it became a private organization in 1942, the BSO remains an important part of the cultural and civic landscape in Baltimore City. In addition to delivering world-class orchestral performances of both classical works and contemporary commissions in downtown Baltimore and in Montgomery County, the BSO directly engages the community via a variety of programs. These include discounted ticket programs, youth orchestra programs, specialized concerts for families, school groups, and college students, and OrchKids, a nationally renowned program that provides year-round music education and mentoring programming in Baltimore City Schools. In addition, the BSO is unique in that Marin Alsop, its conductor, is the first (and only) female conductor of a major American orchestra.

Despite all of the good that the BSO creates in Baltimore City, it has been in the news recently for budget issues, which have culminated in a lockout for musicians until September. However, lockouts don’t just happen—how did we get here?

A Brief History of the Baltimore Symphony Orchestra Lockout

In 2018, the BSO and the union representing the players began contract negotiations. Citing budgetary concerns, the contract proposed by management included a shortened contract period (from 52 weeks to 40 weeks) as well as a decrease in paid vacation time. Management notes that this is not unprecedented, as some peer orchestras have similar schedules, and that the contract break would occur during the summer, to minimize concert disruptions for audiences. Citing concerns about maintaining the quality of the orchestra, the musicians want to maintain their current 52-week schedule as well as their current pay and leave policies, noting that they have agreed to cuts in the past, with effectively no increase in pay since 2008, and 2018 base salaries that are $5,000 lower than in 2011.

While negotiations were ongoing, the musicians’ union and the orchestra’s management agreed to a contract extension through January 2019, meaning that while musicians were participating in rehearsals and performances for the 2018-2019 season after January, they were working without a contract in place.

In May 2019, management announced the cancellation of the BSO’s summer season, which included the annual Star Spangled Spectacular Fourth of July concert, an anticipated New Music Festival that highlighted woman composers, and a performance at Artscape, the nation’s largest free arts festival and a Baltimore tradition. In addition, there is a lockout, which is the only way the organization can legally not pay its musicians.

What Has (or Hasn’t) Been Done Regarding the Situation?

The Maryland General Assembly passed House Bill 1404, which appropriated $1.6 million in both FY 2020 and FY 2021 to the BSO. However, Governor Hogan has refused to release the funding to the BSO, citing a projected deficit in the next year as well as his past support of the organization.

In light of the lockout, private donors, including members of the board, have funded health and dental benefits for members of the orchestra for the summer; management had already ensured that life insurance and long-term disability would be maintained throughout the lockout.

While the summer season has officially been canceled, Baltimore Symphony musicians have still been active locally. In addition to picketing outside of the Meyerhoff Symphony Hall (where the BSO performs), they partnered with Baltimore County government to present a free Fourth of July concert at Oregon Ridge Park, comparable to the Star Spangled Spectacular.

So What Does this Mean for the BSO and for Baltimore?

As it stands, the musicians are still locked out and no contract agreement has been reached. Musicians are not being paid, and while their summer season is usually less busy than the rest of the year, being on a 52-week contract allows them to take an “off season” similar to other elite performers and athletes. Think about it—while playing an instrument may not seem as physically taxing as playing a sport, musicians spend hours each day repetitively using the same muscles to create music, with the occupational health concerns that come with this.

Additionally, being able to participate in the community and in cultural institutions that are important to the city’s identity—Artscape is held in the BSO’s front yard, after all—both keeps the BSO engaged with the city and increases accessibility of classical music to all of the city’s residents regardless of their ability to purchase a ticket.

The BSO is also an important part of the local economy as well—orchestra performances can attract audience members from all across the region, who may then visit restaurants, shops, and other businesses in the city. Furthermore, the diversity in programming that the BSO presents, ranging from instrument petting zoos for children to indie artist/orchestra collaborations and orchestra/circus arts performances in addition to traditional symphony works, serves to create an even wider audience base. These events also create cultural capital that increase quality of life and encourage people to live here. The BSO’s global renown as a world-class orchestra—it toured to the U.K. and Ireland in summer 2018—also provides the city with positive publicity and recognition. And these benefits to the economy are as significant as they are because of the quality and scope of the orchestra.

From providing an impromptu outdoor concert in the aftermath of unrest following the death of Freddie Gray to increasing diversity in who participates in the world of classical music to supporting creativity and new artistic work, it is clear that the BSO wants to be an institution that lifts Baltimore up as the city moves forward. Supporting the BSO allows the state to show that it still values Baltimore as the cultural heart of Maryland and is committed to helping the city live up to its old motto as “The Greatest City in America.”