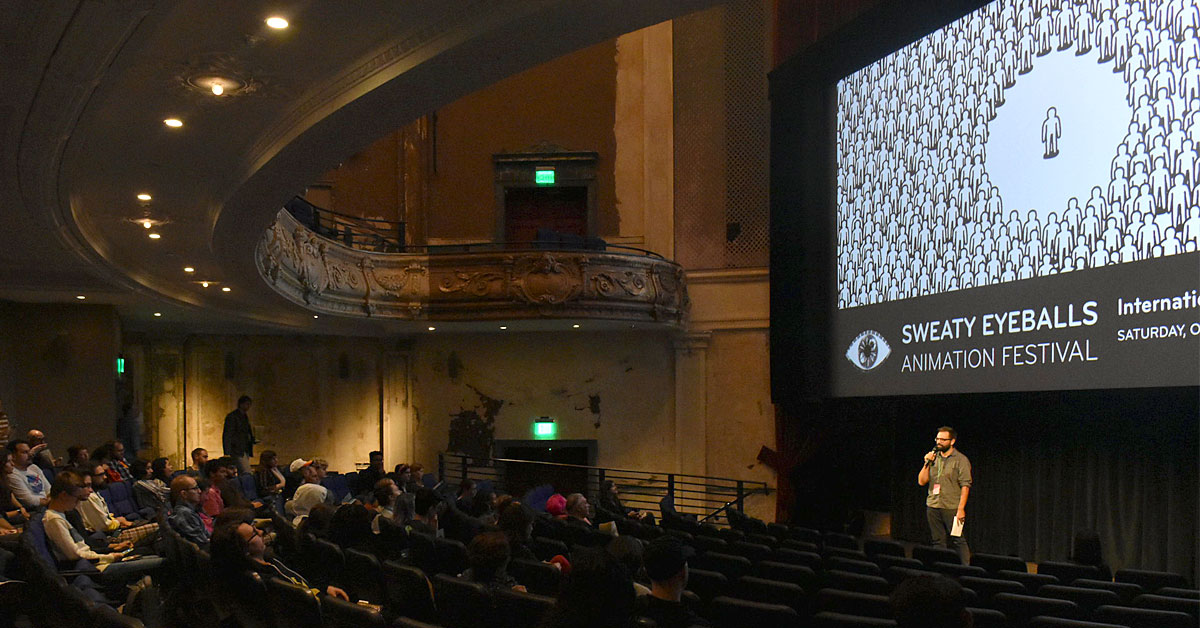 Hundreds of students and lovers of animation descended on Baltimore for a weekend full of animation screenings, workshops, and events for the inaugural Sweaty Eyeballs Animation Festival, which took place at the SNF Parkway Theatre, October 4-6, 2019. The festival was the culmination of a successful partnership between Towson University professor Phil Davis and the Maryland Film Festival and was generously supported by a BTU Emerging Investment.

Sweaty Eyeballs is the brainchild of animator and professor Phil Davis, who teaches animation courses in the department of Art + Design, Art History, Art Education at TU. Phil began Sweaty Eyeballs in 2012 as a curated annual invitational screening, first at the Creative Alliance in Baltimore, then at the Maryland Institute College of Art, and at the SNF Parkway Theatre. In 2017, Phil expanded from a once a year screening of independent and international animation to a monthly animation series at the SNF Parkway. In early 2019 Sweaty Eyeballs expanded again to become a three-day festival with help from BTU Emerging Investment, a Grit Fund grant (Andy Warhol Foundation) and a Creative Baltimore Fund (Baltimore Office of Promotion and the Arts). The 2019 festival was run by Phil Davis (director of programming/founder) and Rachel Bone (director of operations).

The festival kicked off with a Friday opening night gala with a screening of six silent animations with six new musical scores performed by local musicians and two TU student ensembles (the Percussion Ensemble and Jazz Ensemble). The weekend continued with four juried screening programs of international short animated films, a visiting guest animator master class and retrospective screening with Joanna Priestley, a Baltimore animation showcase, and a midnight cult feature Son of the White Mare (1981, Hungary). The festival also included student-led animation workshops on Sunday 10/6 open to the public and animation projection in the lobby of the Parkway Theatre by students from Towson University, University of Maryland Baltimore County, and the Maryland Institute College of Art.

The goal of the festival is to promote unique and cutting edge independent voices in the field of animation. With screenings of 85 films from 15 different countries, the festival showcased innovations in craft, storytelling, and experimentation. The festival was a huge success, with multiple sold out screenings and visiting filmmakers participating in Q&A sessions. The festival is the beginning of many more to come to shine a spotlight on the art form and to put Baltimore on the map as the mid-Atlantic hub for animation.

For more information about Sweaty Eyeballs, including winners with links to some of the animated films, visit www.sweatyeyeballs.com 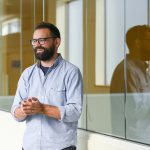 Phil Davis is an animator, avid musician, cartoon watcher and professor of animation and film at Towson University. His animations and music videos have been featured in festivals internationally. He is currently working on an animated documentary short about the town of Millinocket, ME and incidents surrounding a fatal paper mill accident. He started Sweaty Eyeballs as an annual invitational programming series in 2012.