Jingle All the Way to the Bank 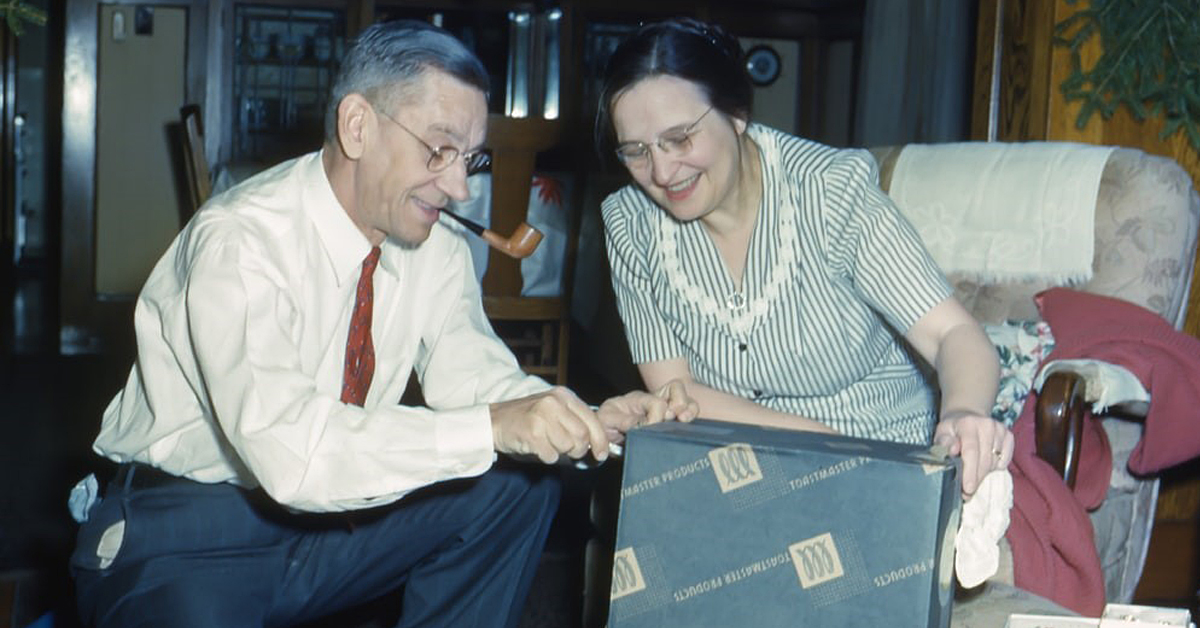 A brief history of holiday shopping in America

The holiday season tends to evoke extreme reactions from people. Some folks can hardly contain themselves from decking the halls before December rolls around. Others bemoan the rampant commercialization and commodification of what was originally intended as a religious celebration. Whatever of these two poles you hang your stocking on, the economic impact of the most wonderful time of the year is undeniable (and immensely profitable).

Since 2008, Americans have consistently spent more with each passing yuletide season. Retailers predict 2019 will continue this upward trend, with an average shopper in the US expected to spend $920 on holiday goodies. Combined, the population will shell out over $1 trillion. That’s a lot of gift wrap.

Each year the so-called “Christmas Creep” seems to begin increasingly earlier, with many retailers hauling out the holly before Halloween candy has even hit the shelves. Promotional sales events like Black Friday, Small Business Saturday, and Cyber Monday are becoming holidays unto themselves. Shoppers broke records again this year, spending $68.9 billion over the Thanksgiving weekend alone.

All this fervor got the RESI team thinking—when did the holidays become such a cash cow? Naturally, we decided to trace the origin of America’s increasing obsession with all things merry and bright, and the big price tag that accompanies our festive spending habits.

The concept of year-end gift giving stretches way back to the second century CE, when European pagans celebrated winter festivals by drinking copious amounts of wine and exchanging presents with close friends and family. Sound familiar?

Fast forward to the founding of the American colonies. Initially, Puritan leaders prohibited Christmas celebrations, which were considered decadent and sacrilegious. Bah humbug, indeed. By the late 17th century, however, these restrictions were lifted as secular attitudes began to relax. Handcrafted wooden toys and intricate pieces of needlework were all the rage among the colonists.

Still, Christmas remained a relatively low-key affair until the late 19th century. The Industrial Revolution coupled with an emerging middle class meant people had more disposable income. The advent of mass production and a switch to cheaper manufacturing materials allowed families to buy toys and games at stores instead of making them at home.

If you dread spotting candy canes on display in July, it might come as a surprise that the “Christmas Creep” was originally a well-intentioned effort. The US Consumer’s League launched the “Shop Early Campaign” in 1906 to lessen the burden on factory workers and retail clerks during the December rush. By the 1910s, signs could be found dotting New York City, “Do Your Christmas Shopping Early!” This concerted ad campaign was all for the sake of protecting laborers, many of whom were underage children or marginalized citizens.

The first holiday-related use of the term “Black Friday” appeared in a 1951 issue of Factory Management and Maintenance, where it was used to describe the practice of employees calling out sick the day after Thanksgiving. Over the years, retailers picked up on the phrase and attempted to put a positive spin on it by promoting Black Friday as a fun family outing, enticing shoppers with exclusive deals and discounts.

As department stores sprouted across the country and television sets became a staple of every household, both marketing and shopping habits began to evolve. More people were exposed more frequently to the latest and greatest products, while the rising use of plastics in manufacturing made goods readily available and affordable. Easy access, lower prices, and virtually inescapable advertising campaigns all contributed to a spike in consumer spending.

The 1980s and 90s gave birth to the tech boom. Instead of mechanical trains and stuffed dolls, the hot items on every kid’s list were game consoles and laptops. As technology rapidly improved, holiday shopping likewise shifted to the digital realm. Today, 60 percent of Americans prefer to do their holiday shopping online. Social media has also become a significant tool for retailers and consumers alike. Companies use platforms like Instagram or Facebook to mount targeted advertising campaigns, while over 20 percent of Americans depend on social media to help guide their holiday shopping.

Christmas, Hanukah, Kwanza, Festivus—whatever you plan on celebrating this holiday season, be prepared for some serious spending. If capitalism’s unbridled influence on old St. Nick is giving you the wintertime blues, fear not. Consider harkening back to the traditions of yore by making your own personalized gifts for friends and family. If crafting isn’t your forte, patronize your local mom and pop shops. Better yet, make a donation to your favorite charity. After all, it’s the giving, not the buying, that should define our holiday traditions.