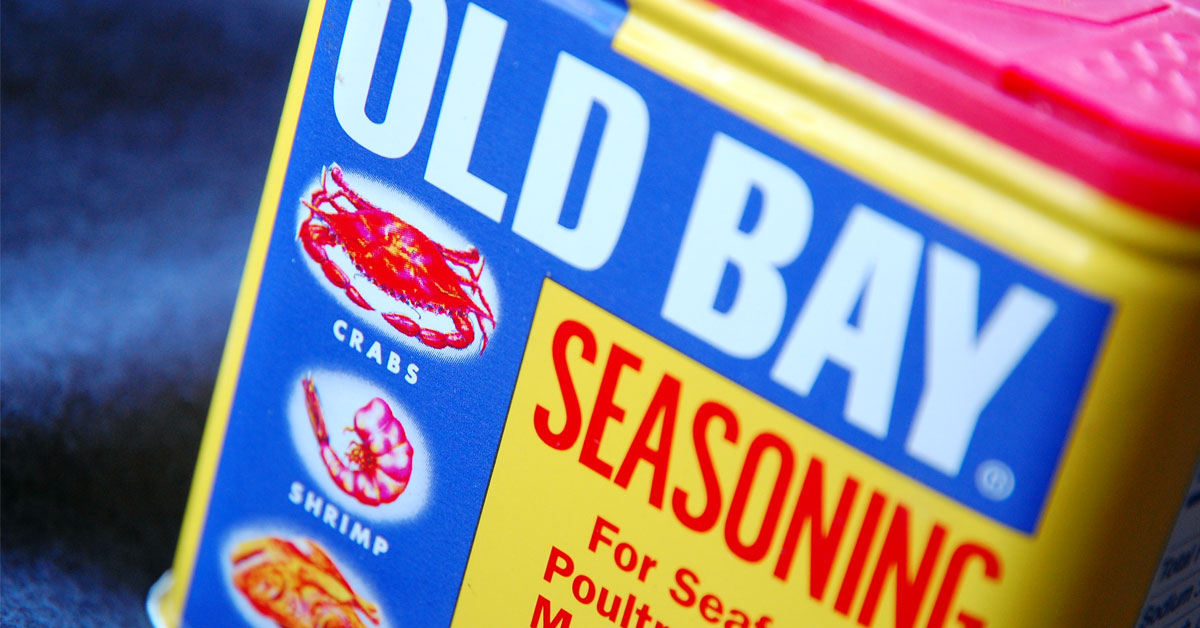 Old Bay is ubiquitous in Maryland, where the oh-so-special seasoning has found its way into everything from ice cream to beer. The eighty-year-old mainstay of mid-Atlantic spice racks recently received a facelift with the launch of an official Old Bay hot sauce, which reportedly sold out in less than an hour (temporarily crashing their website in the process). While the company promised to restock, those who missed out are resorting to secondary sellers on eBay, where bottles are reportedly selling for upwards of $50.

Any Marylander knows Old Bay and blue crabs are synonymous. As a result, Old Bay has become enmeshed with Maryland’s crab industry, which annually generates an impressive $600 million for the state economy. It’s difficult to imagine serving up all those steamed delights without their requisite coating of sweet and spicy Old Bay. But how does a humble spice brand inspire such fanaticism in consumers?

Ourselves devotees of the mystical seasoning and the dismal science, the Regional Economic Studies Institute at Towson University team decided to delve into the history of Old Bay, examining its economic influence in the process.

Originally called “Delicious Brand Shrimp and Crab Seasoning,” the spice blend was created in 1939 by Bavarian-born Gustav Brunn, who narrowly escaped the Nazi concentration camps of WWII and resettled with his family in Baltimore. A spice merchant by trade, Brunn briefly found work with another Baltimore institution—McCormick & Co.—before starting his own rival company after being fired.

In the post-war years, Brunn steadily made a name for himself, peddling his “Delicious Brand” to retailers who frequented local fish markets. At the suggestion of a friend in the advertising business, Brunn renamed his concoction after the Old Bay Line, a steamship that ferried passengers between Baltimore and Norfolk, Virginia in the early 1900s. Brunn got his first big break when a major seafood wholesaler agreed to sell the iconic blue and yellow cans (originally packaged in cardboard) to local restaurants.

And so a legend was born. For decades Brunn’s only competition was his former employer McCormick, which created its own copycat blend. Brunn, in a genius campaign of deception, listed 13 ingredients on the Old Bay label, despite there being only four principal spices (celery salt, crushed red pepper, paprika, and black pepper). The trick worked, with McCormick failing time and again to mimic Brunn’s magic. After a fifty-plus year rivalry, McCormick finally purchased Old Bay in 1990 for an undisclosed sum. Today, Brunn’s original spice grinder—the size of a whiskey barrel—is on display at the Baltimore Museum of Industry.

The brand has now established itself worldwide, selling around 8.3 million units of Old Bay per year, a total of 50 million ounces. But that makes up only a small portion of McCormick’s annual sales, nearly $5.4 billion in 2019. After acquiring several other big name brands, such as French’s and Frank’s Red Hot, McCormick has proven to be a relatively stable bet for investors. In 2019, the company experienced a 15 percent increase in cash flow from operations, setting a record of $947 million and marking 34 years of consecutive dividend increase.

“The solid financial performance we delivered in 2019 was driven by our branded base business and new product growth in both of our segments, providing us with solid momentum heading into 2020. We are continuing to capitalize on the global and growing consumer interests in healthy, flavorful eating, the source and quality of ingredients, and sustainable practices,” said CEO Lawrence Kurzius.

With crab season slated to start in April, McCormick will most likely be scrambling to meet the demand for more Old Bay hot sauce, which will be available for purchase at select retail locations. While $50 on eBay is certainly steep compared to the normal $3.49 shelf price, Marylanders are accustomed to shelling out (see what I did there?) big bucks for those little crustaceans. The Baltimore Sun recently surveyed a bevy of regional crab houses, finding the average price for a bushel (6-7 dozen crabs) to be $347. Like the dogged patience it takes to pick through those sharp, spiky shells before plucking out a sweet morsel of meat, in this case the prize outweighs the sacrifice, monetary or otherwise.