Will the real unemployment rate please stand up? 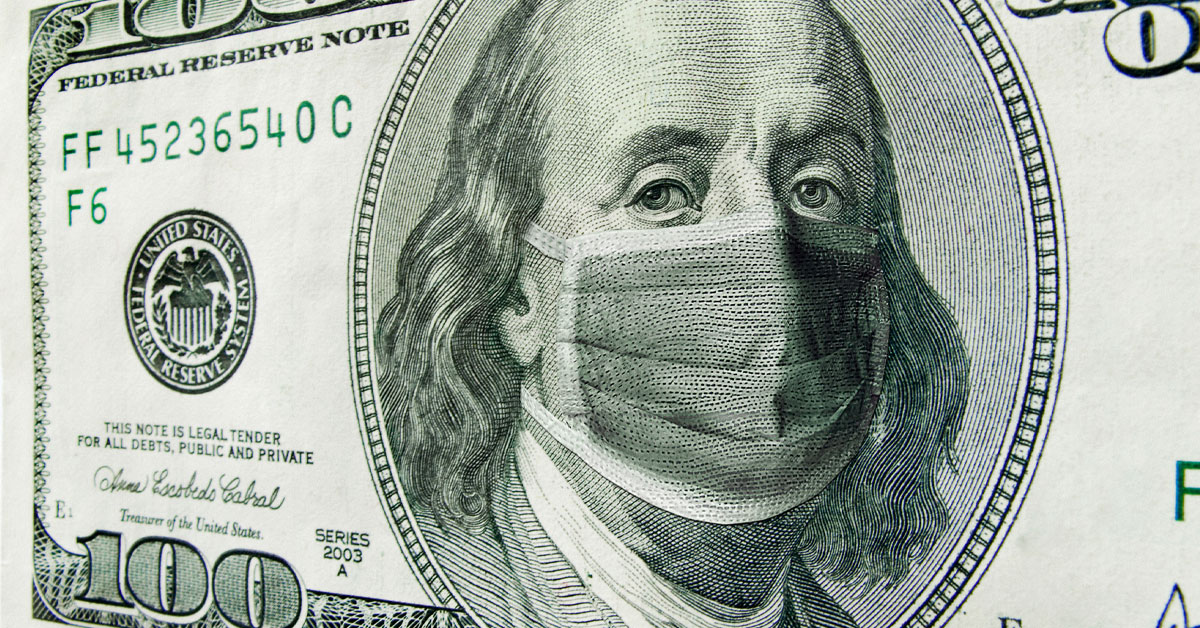 On April 3, the Bureau of Labor Statistics (BLS) released the preliminary national unemployment rate for March 2020. This is the first official unemployment rate based on data from after the beginning of the coronavirus crisis in the United States. Although the rate has increased to 4.4 percent, there is widespread agreement that the situation is much worse than this number would indicate. Much of the reason for this is that the rate is based on a household survey that occurred in the second week of March, prior to many of the lockdowns that resulted in record unemployment claims across the United States.

The below table shows the recalculated unemployment rate for the United States, as well as the rate for Maryland and neighboring states.

Based on the unemployment claims that have been reported thus far, it is clear that unemployment is skyrocketing across the region. However, it does appear that some states are in for a harder hit than others. Virginia and Maryland both have received unemployment claims at a lower rate than has been seen nationally, resulting in an estimated rate that falls significantly below the rate for the United States. This may be due to the high number of government employees and contractors in each of those states, who are less likely to experience layoffs and are more likely to be able to work from home. However, the rate of poverty and income inequality in the District of Columbia makes much of the population more vulnerable to layoffs, despite their proximity to the federal government.

Meanwhile, Pennsylvania’s high number of claims may be attributable to a lack of mandatory sick leave or other safety nets, sending people to the unemployment insurance program at a faster rate. Pennsylvania has also ordered a stop on most construction projects, unlike other states which have allowed construction to continue as an essential industry. Thus, individuals who work in the construction industry in Pennsylvania are more likely to be out of work than construction workers in other neighboring states.

While the unemployment rates calculated using this method are alarming, they are likely to be much lower than the reality of current unemployment. Due to the high number of layoffs, many states are unable to process the overwhelming number of unemployment claims. Applicants across the country have reported busy phone lines and crashing websites as they try to access unemployment programs. As a result, it is likely that there are many unemployed persons that have not filed a claim within these first two weeks and so have not been included in this preliminary calculation.

In addition to the likely undercounting of unemployment as described above, there are a couple of factors that could affect the accuracy of these rates. For example, this estimate does not account for changes in the size of the labor force. Regardless of how many people are actually employed, the unemployment rate only considers those individuals who are either working or who are looking for work. It does not include “discouraged workers,” meaning those who have stopped looking for work, nor does it include workers who have had their hours reduced. It is uncertain how the current crisis will affect the calculation of the labor force in the coming months. For now, these estimates maintain the same labor force as was seen in the most recent official figures.

As of this writing, social distancing guidelines are in place across the United States until at least April 30. Regardless of whether the guidelines are lifted at that time, many states will continue to enforce emergency measures until crisis is over. In Maryland, the current stay-at-home order has no set end date. As businesses remain closed, it is likely that unemployment claims will continue to be made at historic levels. These figures will be updated as new weekly unemployment claims are reported, and as other official unemployment data is released.