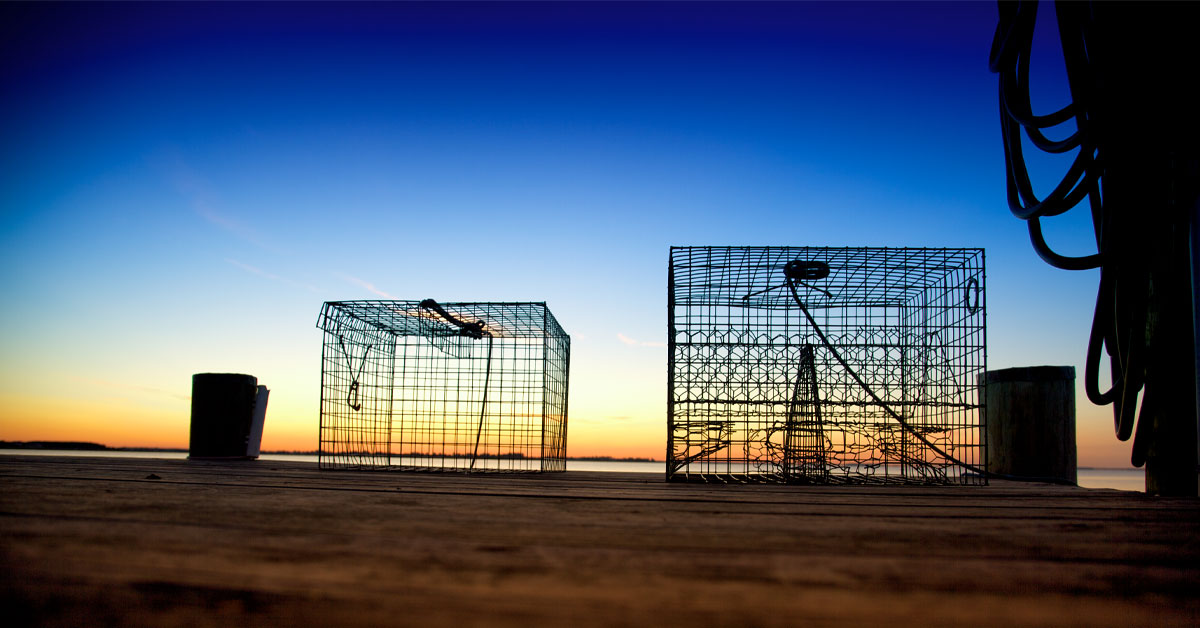 The industrialized crabbing industry began in Maryland in the mid-1800s. Initially, women living in crabbing communities would pick the crabs to sell the meat for profit. But as the U.S. economy developed, the seasonal, low-pay, and tedious job became less desirable to local workers and a new labor pool was needed. In the 1980s, crab processing plants began hiring foreign workers through a seasonal work visa program called the H-2B Nonimmigrant Temporary Worker Program. The H-2B visa allowed non-U.S. citizens to live and work in the states for a portion of the year as temporary workers. Crab processing plants began hiring women on H-2B visas from Mexico as crab pickers to replace the domestic workers they were losing. Processors could pay temporary workers less than what domestic workers would demand, and eventually, those that tried to continue hiring locally were unable to keep up in the competitive industry and subsequently went out of business. Since the 1980s, the H-2B visa program has become the exclusive source of crab pickers in Maryland.

Immigration concerns in the U.S. grew as more work and residential visas were being requested each year. In 2017, the Trump administration took office after running a campaign fueled by anti-immigration sentiment and the promise of a border wall between the U.S. and Mexico. Soon after taking office, the Trump administration began limiting the number of allowed H-2B worker visas. In 2018, there were twenty licensed crab processors operating in Maryland. But in a single year, their numbers were more than halved, and only nine crab processing plants could acquire enough seasonal workers to remain in business through 2019. The 2020 season officially began on April 1 but is off to a rocky start as the number of H-2B visas to be granted this year dwindles in response to concerns about the spread of coronavirus and the impact that the pandemic has already had on the U.S. economy. On April 22, President Donald Trump said he signed an executive order to temporarily halt immigration into the country for 60 days explaining that, “This will ensure that unemployed Americans of all backgrounds will be first in line for jobs as our economy reopens.” For these reasons only three of the nine facilities have been able to secure the H-2B visas they need to staff their facilities this season.

For the crab processing facilities that were able to secure visas, another obstacle lies in the way of this year’s productivity. That obstacle is taking the precautions necessary to avoid a coronavirus outbreak among their employees. Historically, the crab pickers would line up along long metal tables and pick crabs within a few feet of one another. The workers would each have their own bin to collect the meat they harvest and when their shift was over, workers would gather around a weighing station to see how many pounds they had amassed. Their efficiency was recorded and would impact whether they were asked back for the next season. After a day of work they would retire to the homes maintained by their employers to relax, or maybe even go out into town. These houses would typically have multiple women per room with bunk beds and shared bathroom facilities. Processors today have to follow stricter coronavirus safety protocols to avoid spreading the virus.

One of the remaining processors, J.M. Clayton, has been decreasing shift sizes and reducing the number of employees per household to facilitate social distancing. They are also taking the picker’s temperatures daily before the start of the shift and asking them to self-report any potential symptoms. When it comes time to weigh meat from the day, each worker has an assigned time-slot to assure there is no crowding around the weigh station. Despite all of these precautions, workers do not have any incentive to report possible symptoms because if they are suspected of having coronavirus they will have to leave the U.S. immediately and might not be asked to return for the next season. Some of these workers have family depending on them and no alternative job opportunities. The impact of these various pressures on the crabbing industry is not only felt by the crabbing community but by MD consumers as well.

The crab market works like any other; when there is a shortage in any means of production (like labor) this will lead to a shortage in supply. Supply shortages mean that current supply cannot meet current demand and the price of the good will most likely increase. In short, fewer workers to pick crabs means less picked meat to sell to grocery stores and restaurants, which, in turn, will lead to pricier final goods. For the average crab consumer in Maryland, this might mean higher prices for dishes that contain crab at restaurants and higher prices for crab meat in the grocery store. The direct purchaser, i.e. restaurants and grocery stores, might consider buying crab meat from other sources for cheaper. The US crab market has already been heavily supplemented with internationally produced crab meat. According to data pulled from the U.S. Census Bureau, from January to April 2020, Maryland alone has imported $41,711,585 in crab products from Asia and $4,474,116 from North America while only exporting $418,961 worth of crab products worldwide.

Between the Trump administration’s visa restrictions and the economic and health concerns brought on by the coronavirus pandemic, the crab industry is taking a harder hit this year than in previous ones. A program within the Maryland Department of Agriculture conducted a study to evaluate the potential economic impact the crab industry would suffer if they could no longer hire H-2B visa workers. The study returned shocking results, finding that without H-2B visa workers, Maryland’s economy could lose anywhere from $100 to $150 million and around 1,000 jobs. Watermen in MD would suffer around $12.5 million in income losses and processors would lose up to $49 million in sales. Without H-2B workers there is a real possibility that the crab industry in MD could collapse, leaving many Americans unemployed and their employers bankrupt. Although this is currently a hypothetical scenario, it is one that is becoming more and more probable. And as we move closer to it, we risk losing Maryland’s most iconic industry forever.