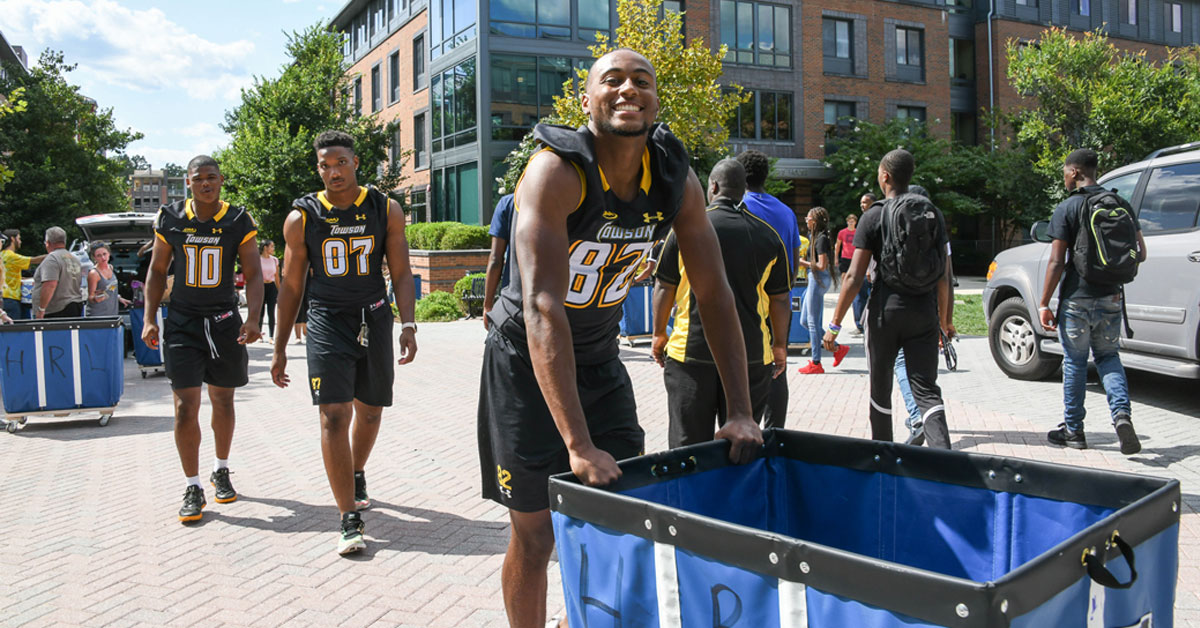 Towson University Athletics is committed to a high level of performance on the field, but also a strong commitment to supporting our communities through service and volunteerism off the field. Becoming a leader in campus and community engagement and a national model for gender equity, diversity, and inclusion are two of Towson University Athletics’ six strategic themes. Through collaborations coordinated by individual sports programs and the Student-Athlete Advisory Committee, TU Athletics works with nearly 20 partners, collaborating to drive change throughout Greater Baltimore. Here are a few highlights.

TU Athletics is a national leader in community service, completing 10,000+ hours of community service each year for eight consecutive years, prior to the COVID-19 pandemic. Competing against 75 Division I and approximately 300 total programs across the country, TU Athletics won the 2018–19 Division I NCAA Community Service National Championship and finished in the top 10 in every year of the competition. This service to our community supported partners including Special Olympics of Maryland, Susan G. Komen Foundation, the Cool Kids Campaign, Living Classrooms, Charm City & Harlem Lacrosse, B.U.B.A. Baseball, and the Patterson Park House in addition to school visits in Baltimore City and Baltimore County.

“From recruitment until they step on the field, TU student-athletes know that TU Athletics is devoted to an ethos of volunteerism and giving back. It is baked into the DNA of athletics at TU since Doc Minnegan walked the sideline and is seen in every facet of their work. While this has been recognized with the awarding of the 2018–19 Division I NCAA Community Service National Championship, it is really seen in the everyday connections that TU athletes, coaches and staff make with communities and individuals throughout Greater Baltimore. It is a broad commitment to excellence both on and off the field.”

—Matthew Durington, director for community engagement and partnership at TU

One of TU Athletics’ strongest ongoing partnerships is with Special Olympics Maryland. TU’s Director of Athletics, Tim Leonard, serves on the Special Olympics of Maryland Board of Directors. Also, Jeff Miller, TU football student-athlete and Student Athlete Advisory Committee Assistant Vice President for Community Service, is a Unified Partner and Special Olympics Committee member. In typical years, TU student-athletes, coaches and staff volunteer for Special Olympics of Maryland programming throughout the year, such as the multi-week swimming program hosted annually by TU Swimming & Diving that includes races for Special Olympics athletes during TU’s varsity meets. This support throughout the year culminates in the Summer Games hosted at Towson University, when approximately 1,500 competitors, 250 coaches, and 900 volunteers come together to help the Special Olympics athletes overcome obstacles and challenges and transform lives.

Towson University has been a national leader in utilizing athletics as a vehicle for autism awareness and understanding. Men’s Basketball Head Coach Pat Skerry initiated a national movement to host autism awareness games in men’s basketball that now sees over 300 head coaches and broadcasters recognizing autism awareness annually. The Towson University autism awareness basketball game highlights and collaborates with several local and regional partners including Pathfinders for Autism, Kennedy Krieger Institute, Maryland Able, and Port Discovery Children’s Museum. Autism awareness efforts at Towson University have expanded to other sports, including women’s basketball, volleyball, and baseball. Prior to the autism awareness games, the men’s and women’s basketball programs annually host an autism basketball clinic with the Hussman Center for Adults with Autism. Athletics also partnered with the College of Liberal Arts and Accessibility & Disability Services to conduct a workshop open to all members of the campus community that has included a panel discussion with three TU coaches who have children on the Autism spectrum. In addition to these efforts, each February, Volleyball Head Coach Don Metil has worked to bring the Autism Speaks Walk to campus the last two years.

These efforts, and Towson Athletics’ ongoing work with BTU—Partnerships at Work for Greater Baltimore, continue to position TU as a leader in community engagement and to help make TU a more inclusive campus. 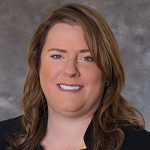 Tricia Turley Brandenburg was named the Deputy Director of Athletics/SWA at Towson University in December 2012. In that role, she oversees the department’s sport management, academics, compliance, student services, sports performance and Total Tiger programs. She is currently the sport administrator for volleyball, women’s basketball and women’s lacrosse.