Eyes on the Prize: The 2021 Nobel Prize in Economics 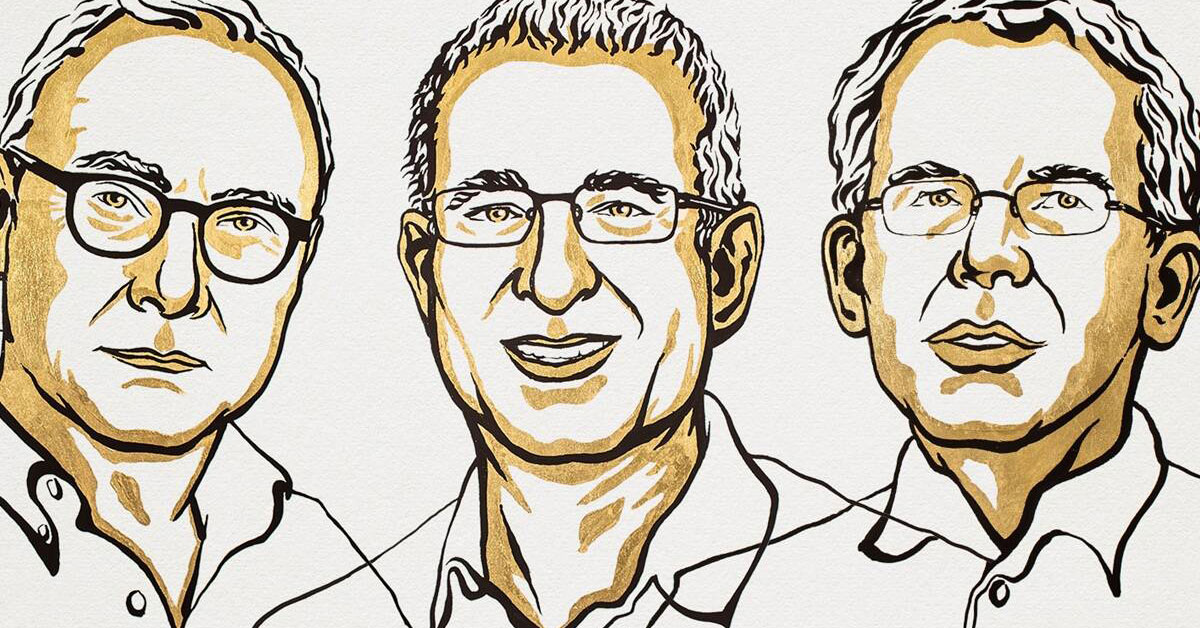 Last month, the Royal Swedish Academy of Sciences awarded the Nobel Prize in Economics to three economists for two distinct yet related areas of research: David Card for work on labor economics, and Joshua Angrist and Guido Imbens for work on interpreting the results of natural experiments. The late economist Alan Krueger was a key collaborator with Card and likely would have received the prize as well.

The results of Card’s research changed how policy makers and researchers understood labor market dynamics. Card utilized natural experiments to come to his conclusions. In a natural experiment, a researcher uses data from an area where a policy or intervention is applied to only one part of an area but not the other, using real-world conditions instead of a controlled or laboratory setting. Card conducted his experiment by looking at data from around the border of New Jersey and Pennsylvania, following an increase in the minimum wage in New Jersey that did not occur in Pennsylvania. Based on the paradigm at the time, researchers and policy makers would have expected employment to fall in New Jersey and shift into Pennsylvania, where it was less expensive to employ minimum wage workers. While there may have been some change at the single firm level, on a macro scale, this drop in employment in New Jersey did not occur. In other words, there was no large-scale employment loss after an increase in the minimum wage.

Another area of Card’s research showed that immigration was not associated with lower wages for native-born workers in an economy. In fact, immigration is associated with higher incomes for native-born workers. For immigrants already in the country, however, current immigration is associated with lower wages. Card investigated this relationship by looking at income in Miami and a few other cities shortly after Castro allowed people to leave Cuba. In this natural experiment, Miami saw a huge influx of Cuban immigrants, while the other comparable cities acted as control groups and did not.

A third area of Card’s research looked at schooling and its impact on earnings once students enter the labor market. While prior research had shown that education and earnings were positively correlated, teasing out specific components of the relationship had been difficult. For this natural experiment, Card looked at earnings for people who moved to California and had the same level of education but grew up and were educated in different states (for example, two people with high school diplomas, but one grew up in Maryland and one grew up in Tennessee). In this example, differences due to education could be attributed to the quality/resources available for the given level of education, since they had the same degree level and were working in the same place. Card’s work showed that teacher density (fewer students per teacher) had an outsize impact on later earnings once those students are working. The effect was especially pronounced for workers coming from lower income backgrounds.

As we’ve seen, Card’s utilization of natural experiments changed how economists viewed labor markets and employment. However, while natural experiments were a novel approach that allowed for a more nuanced approach to identifying relationships between phenomena, they introduced additional problems. As anyone who has taken a statistics class knows, correlation does not imply causation. While the design of Card’s natural experiments did control for a lot of extraneous factors, the complications of the real world ensured that causality could not be fully established.

This is where the work of Angrist and Imbens comes in. They developed a statistical technique that can determine causation in natural experiments with observational data (data that is collected from society/not in a randomized controlled experiment in a laboratory setting). While their technique only works under certain conditions, it allows for researchers to better know whether policy interventions led to specific outcomes. This is important in determining the most effective future policy changes to address societal issues.

Taken together, the work of Card (with Krueger), Angrist, and Imbens has had an immense impact on the field of economics research and public policy. These researchers challenged and changed conventional wisdom in economics as well as how economic policy questions are answered. Thanks to their contributions to the field, we have a better understanding of how labor markets work and can use better statistical tools for conducting research in the future.