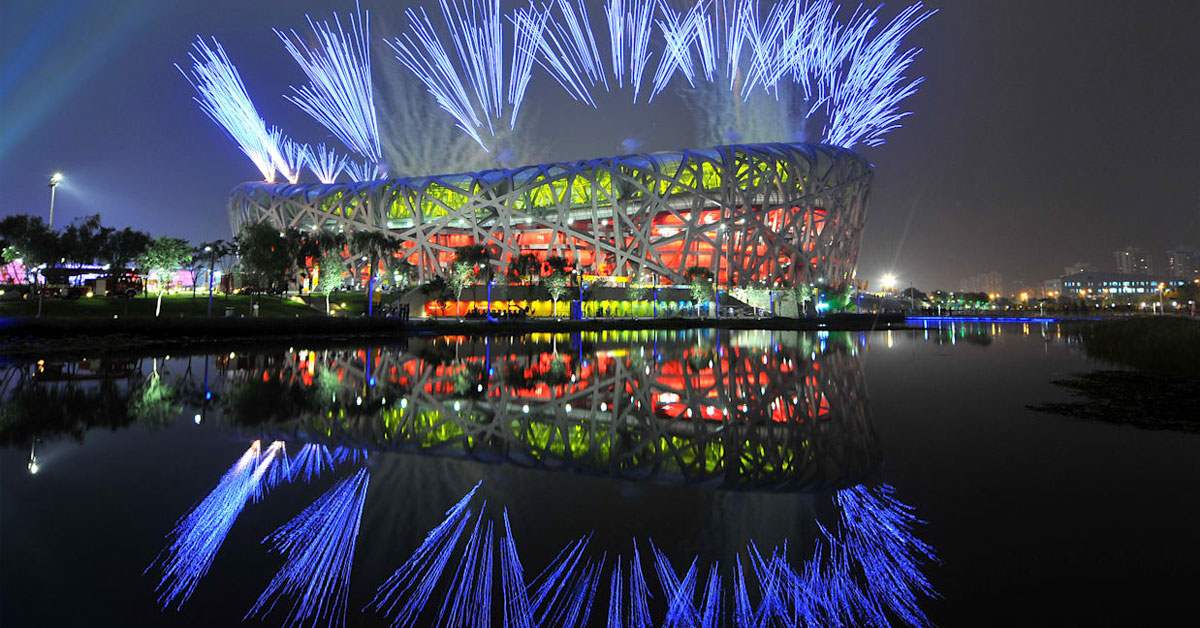 The Olympics: in the best of times, they are a disputed source of economic activity. They attract tourists and international acclaim for a short-term period, at the cost of huge infrastructure investments and operational costs.

But these are anything but the best of times.

Due to the COVID-19 pandemic, significant restrictions have been placed upon this year’s Winter Olympics in Beijing. Most notably, international spectators are not allowed to enter the country. Even some of those who would normally have traveled to work at the games, commentators for example, have been barred from entering the country and are instead providing insight and analysis from afar. With these restrictions comes lost economic activity—no nights spent in hotel rooms, no meals in restaurants, no ticket sales to events, no souvenirs. Estimates during initial planning for the winter games predicted ticket revenues alone to total $118 million, none of which can be realized now.

Athletes, support staff, and journalists who have been allowed to travel to China—as well as Chinese residents who are working at the games—must stay within a “closed loop” system. This system consists of separated transit systems, living spaces, enclosed dining cubicles, and regular COVID testing. It is designed to keep anyone involved with the Olympics isolated from the rest of China, as well as maintain social distancing amongst participants to prevent any COVID transmission. This upholds China’s strict “Zero COVID” initiative at the expense of intercultural (and economic) exchange. Despite these measures, athletes are still testing positive within the Olympic bubble.

While there are major restrictions that affect the economic benefits of this year’s Winter Olympics, there are a few ways that costs have been (somewhat) reduced as well. Since Beijing hosted the 2008 Summer Olympics, they have been able to reuse some of the city’s existing infrastructure. For example, the opening ceremonies were held in the Bird’s Nest, and 2008’s “Water Cube” has been frozen into the “Ice Cube” for curling events. However, other large-scale infrastructure specific to the games had to be constructed—for instance, to produce snow for alpine events in otherwise arid mountains.

Although China submitted its bid for this year’s Olympics long before the start of the pandemic, the current realities with COVID-19 have significantly altered this year’s competition and experience. With such restrictive health and safety protocols, the games are unique, even for a quadrennial event featuring the world’s best athletes pushing boundaries of what is humanly possible. While the “closed loop” Olympic experience means that any of the immediate economic boost from the games is extremely limited, competing athletes will still have the opportunity to gain international recognition and create priceless memories that will last far beyond the pandemic.