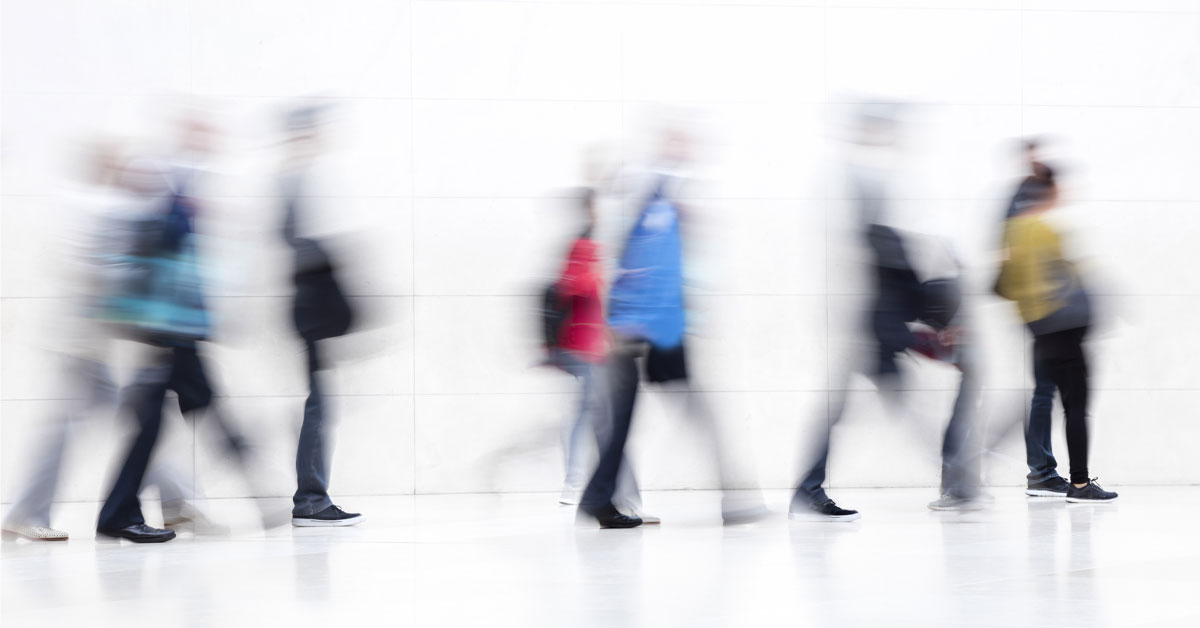 From December 2020 to November 2021 approximately 46.5 million Americans quit their jobs (a 27.5 percent increase compared to the year prior) in a trend that has been called “The Great Resignation.” 46.5 million is a large number and could easily lead people to believe that the economy is in shambles and that the unemployment rate is astronomical. However, that 46.5 million is a lot less threatening, and potentially, a bit encouraging when it’s put in context.

The first common assumption is that quits are rising because people are retiring early, increasing the demand for workers to fill those empty positions. Between worker burn-out, fear of contracting COVID-19, and a lack of affordable and safe child-care options, just to name a few stressors, it would make sense if more people have been choosing to retire early. JOLTS data on job separations are broken down in to three categories: Quits, layoffs and discharges, and other separations. Retirements fall into the category of other separations (not quits). It follows that an increase in the number of retirements, early or otherwise, would not influence the number of quits (that 46.5 million from earlier) as reported by JOLTS data. This aside, an increase in the number of retirements would still increase the number of unfilled jobs, potentially adding to a labor shortage. However, JOLTS data doesn’t necessarily support the idea that retirements have been increasing either.

JOLTS defines other separations as “retirements; transfers to other locations; deaths; or separations due to employee disability.” From December 2020 to November 2021 other separations totaled 4.3 million (an 11.7 percent increase from the year prior). While not immense, this change is a significant increase, but it can’t be fully attributed to retirements. By the definition of other separations, this increase could have been caused by any one or combination of the following factors: More workers retiring early or unexpectedly, workers moving to new locations (possibly due to evolving remote work schedules), workers going on disability, or a more morbid element of the pandemic, workers dying.

The other common assumption is that people are quitting because of pandemic unemployment assistance programs. In March of 2020, the Trump Administration signed the Families First Coronavirus Response Act (FFCRA) into law. The FFCRA gave state unemployment insurance (UI) agencies additional funding and flexibility to respond to the pandemic. Then, in March of 2020, the Coronavirus Aid, Relief, and Economic Security (CARES) Act was signed into law, allowing states to expand their UI to workers that might not be covered ordinarily. With extended benefits and less barriers to receive them, many unemployed people applied for UI, leading many others to question if the benefits would keep people from looking for work. The logic is, if people can make enough money being unemployed, they will not seek employment. Under this assumption, 26 states opted out of pandemic unemployment assistance programs with effective dates ranging from June 12 to July 31, 2021. Many of these states cited that the extended programs might be paying workers more than their original paychecks, and without those extra benefits people would have to pursue employment. Despite benefits being reduced in many states, quits rose from 3.9 million in June 2021 to 4.5 million in November 2021 and job openings rose alongside them.

If the 46.5 million Americans that have quit since December 2020 haven’t all retired and aren’t being incentivized to quit because of unemployment benefits, then why are they quitting? According to JOLTS data, during the same time period, approximately 74.5 million Americans were hired. Ultimately, more people have been hired than have quit since December 2020. For this reason, it seems more likely that the Great Resignation is a result of workers changing jobs rather than just quitting work all together.

As shown in the graph below, the number of job openings surpassed the number of unemployed persons in April 2021. Since then, the gap between the two levels has grown to 4.6 million (10.9 million job openings and 6.3 million unemployed persons). In other terms, the demand for workers is now greater than the supply of potential candidates, putting job seekers in a more powerful position.

During a recent episode of NPR’s podcast “Planet Money,” the chief economist of LinkedIn, Karin Kimbrough, was interviewed on the topic of The Great Resignation. Kimbrough explained that bargaining power has long been in the hands of employers but since the pandemic began, that power has shifted to the employees. “There are twice as many jobs on our platform as there were a year ago,” but the issue isn’t really a labor shortage, Kimbrough continued, “the workers are there, but the terms haven’t yet drawn them off the sidelines.”

One survey, conducted by Northeastern University, asked 1,014 C-suite executives (chief-level positions) about the labor shortage caused by the pandemic and how they are adapting to the circumstances. Analysis of the survey revealed that because of the pandemic, employers are having a difficult time hiring skilled employees. In order to hire and retain more skilled employees, C-suite executives reported leveraging remote work arrangements (62 percent of respondents), increasing their investments in employee learning and skill development (34 percent of respondents), and being more open to accepting credentials and work experiences gained remotely (51 percent of respondents).

The Great Resignation is not a fatal blow to the economy but more like growing pains. For employers, it might make hiring a little more difficult, but with the right offer they can attract candidates. For job seekers, it’s an opportunity to leverage for what they want from their next job. When job seeker’s expectations and employer’s offers start to align, the gap between the unemployment level and unfilled job openings will begin to shrink, bringing the Great Resignation to an end.

Allie Gruber is a research associate at the Regional Economic Studies Institute. She graduated from Towson University in spring of 2020 with a B.S. in economics. In her current position, she supports associates in ongoing projects by performing a variety of tasks including data collection and analysis, technical writing, and general research.