Recipes for Community: Stories as ingredients for relationship-building and change 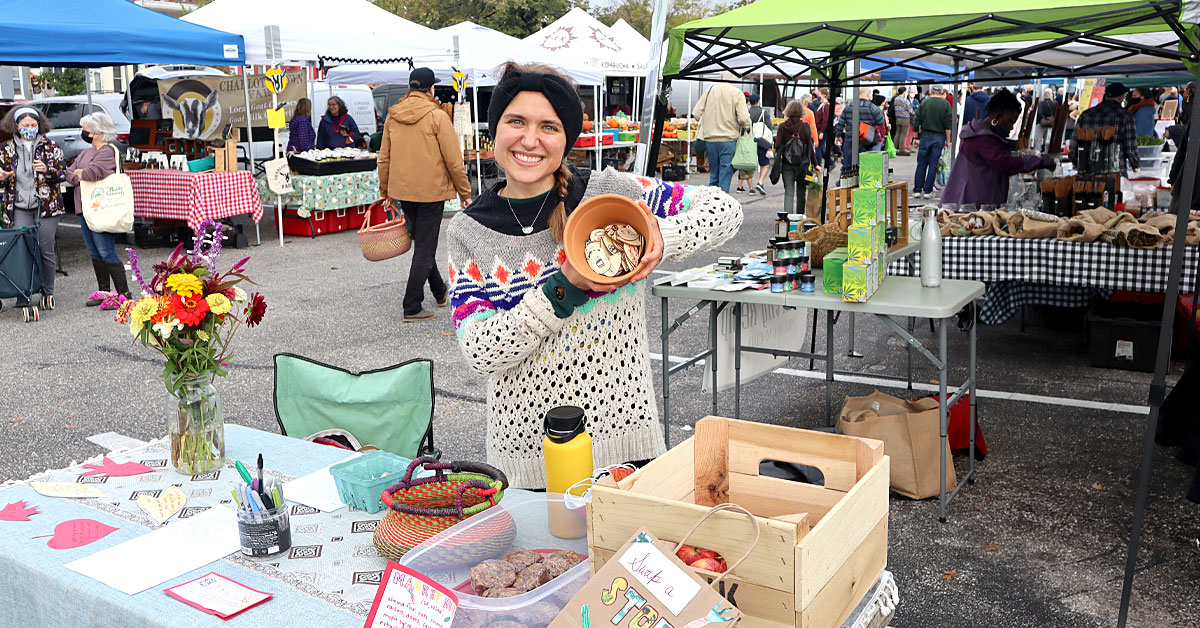 One of my favorite sites is walking down 32nd Street in Baltimore on a Saturday morning, where a grove of canopy tents stand tall in the normally vacant parking lot on the corner of 32nd and Barclay. Having walked to this market every Saturday since I first moved to Baltimore in December 2020 to pursue my MFA in theatre at Towson University, these tents have become a sort of weekly homecoming. The community that I found working and shopping at the farmers market inspired my thesis project, “Recipes for Community: Tastes of Home.” Like the vacant lot on 32nd and Barclay, for three evenings in April 2022 the second floor of the West Village Garage magically transformed into a Story Market. In the absence of buying and selling, vendors and community members exchanged stories about tastes of home, Baltimore City’s food environment, and community created around the dinner table.

Blurring the line between theater and the performance of everyday conversation, within this Story Market I also shared my own story of finding community in Baltimore. Riffing off the folktale of Stone Soup, I talked about my hunger for community:

“Like the traveler, I came to Baltimore with a pot, and I was hungry to fill it with stories that were different from my own.”

My early community-engaged work had been focused on creating the space for other people’s stories. Although this came from the good intentions of de-centering myself as a white woman, through developing “Tastes of Home” I realized that this outward-focus put the burden of reflection on those who I was collaborating with. If I wanted to not only facilitate community but actively be a part of it, then I had to contribute my own story to the pot.

José Luis Valenzuela, UCLA theater professor and director, emphasizes that an artist must invest in their community before they create art in order to avoid a paternalistic relationship. He doesn’t specify what he means by investment, but from my own experience I found that this investment was multi-faceted. Thanks to the generous funding from BTU—Partnerships at Work for Greater Baltimore and the TU Department of Theatre Arts, as of June 2022 “Recipes for Community” has given $7,475 to support local businesses, artists, farmers, non-profits, and community members. Some community partners reflected that without compensation, they wouldn’t have been able to participate in the project. In addition to financial investment, I also had to personally invest myself in my new community. This meant showing up, again and again. Unlike a traditional rehearsal process where the ensemble meets for weeks leading up to the performance, I met with each community partner individually to help them develop their stories. I volunteered at their farms, visited their storefronts, ate their food, and had multiple phone conversations. Through working at the farmers market, I became aware of the flow of exchange between community members. This wasn’t just financial transactions or trading goods, but also conversation. I began to see the exchange of stories themselves as a form of investment.

My first year living in Baltimore, “I’m new to Baltimore” became as much a part of my identity as my name. This introduction naturally prompted the follow-up question, “Where did you move from?” The repetition of this question inspired me to start developing my own story of home as an entry point for connection. Coming from Cape Cod, Massachusetts, the taste of salt water is integral to my story. Since the community that I was forming in Baltimore was grounded in these new tastes from local farmers, the question, “What does home taste like to you?” seemed like a natural bridge between the home I was coming from, and the one I was building. As I began asking others this question, I quickly realized that it was fertile ground for storytelling.

When people share their stories, they take ownership of their stories and the communities in which those stories take place. This is why stories were central to catalyzing a community’s imagination in the American Festival Project, a series of performing arts residencies that aimed to challenge the audience to reconsider their relationship to their community and take an active part in it. As part of developing “Tastes of Home,” I hosted a dinner workshop series that used stories to explore our relationships to our communities.

“It amazes me the strong community we have built together over the past four workshops. I felt at home, in your new home, even though this has been home for me all my life.”

Lakeshia Ferebee, a Baltimore-native who participated in the workshops

One family who attended “Tastes of Home” told me that the Story Market inspired them to go to their local farmers market the next day. Another audience member visited one of the Story Market vendor’s storefronts. These testimonials are evidence of the power of creating the intentional space for stories to be shared.

“Tastes of Home” is just the most recent iteration of “Recipes for Community,” which has become a larger framework for my community engaged arts practice. It is based on the premise that community is like a recipe. It adapts based on the ingredients available. I have come to view stories as these ingredients. Each iteration of “Recipes for Community” creates a metaphorical pot for these stories. If heat is the element of transformation in cooking, then what happens when these different stories encounter each other? While the result is unknown, mutual change is inevitable.

For more information and to follow the development of “Recipes for Community,” visit recipesforcommunity.com 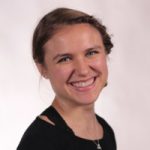 Megan Lovely is a theater artist based in Baltimore, MD who is driven by a hunger for community. A 2022 graduate of Towson University’s MFA in theatre arts program, her thesis project, “Recipes for Community: Tastes of Home” explored the reciprocal relationship between an artist and their community, and the potential for stories to encourage investment in our local people and places. The project was supported by BTU–Partnerships at Work for Greater Baltimore. She has presented her work at the Maryland Arts Summit and the 17th International Conference on the Arts in Society. She looks forward to further developing her community engaged arts practice and immersing herself in the Baltimore community through her work at the city’s farmers markets and as a teaching artist for the Summer Arts for Learning Academy 2022.